In almost two decades of working in wholesale and symbol sectors Colin Smith saw many retail businesses come and go. As regional manager for Bestway Direct in Scotland he was used to giving business advice to retailers on ranging, merchandising, marketing, promotions and more. Often, when he heard a customer planned to sell up, he would wonder whether he could run a shop and turn his knowledge and skills to everyday retailing.  But, he told himself,  it was only daydreaming.

That changed when he learned his customers of 15 years Lynne Todd and Billy Mackenzie, were selling their shop, Pinkie Farm in Musselburgh.
“They didn’t really want to sell to a multiple,” said Colin. “I’d thought a lot about moving into retail, but the impetus was never there. This one, though, felt like a no-brainer. So I went away to see what I could put together.”
A long-standing shop with a loyal customer base in the heart of a growing community, Pinkie Farm was an attractive proposition, but it wasn’t without its challenges. To realise its potential, Colin thought, you’d have build a new store from scratch.
He wasn’t short of ideas. He knew what he thought such a new store should offer. But he needed investors to support the project, so he approached Graham Benson, who had been his boss at Edinburgh wholesale business Bellevue before it had been sold to the Bestway Group.
“When he sold the business he said if there was ever anything in the future that I wanted to do then he would be there to support me. And here we are,” Colin said. “He was true to his word. He didn’t need to be. I put a business plan together and we presented it to David Sands, and the rest is history.”
The new Pinkie Farm convenience store, which opened in May 2014, merges the best techniques of modern retailing and the values of a traditional farm shop, across 4,500 sq ft of floor space. From day one, Colin has been running the store, managing a team of more than 20 and discovering the sometimes harsh realities of being a retailer.
“It’s been quite a ride to be honest, going from my background in wholesale to the other side of the fence,” he said. “I underestimated how tough it was going to be, not least of all on my family. For the first three months after we opened I was working from 5.30 in the morning to 10 at night, seven days a week. 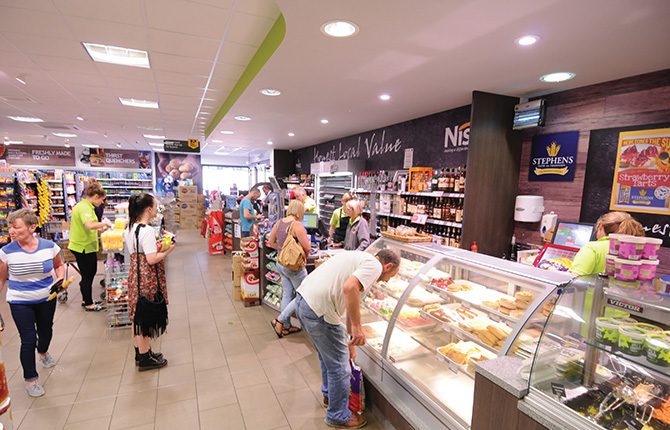 “It’s one thing to have the knowledge, which I’ve got, but it’s only by putting it into practice that you learn how things really work. You discover certain things don’t work or are more difficult to achieve. You don’t realise how much admin and HR there is to deal with. The biggest learning curve has been dealing with staff.
“Another difficult area for retailers is finding margin. The perception is that you need to be cheap, which at first I bought into, but as long as you’re seen as being competitive you can make money.” 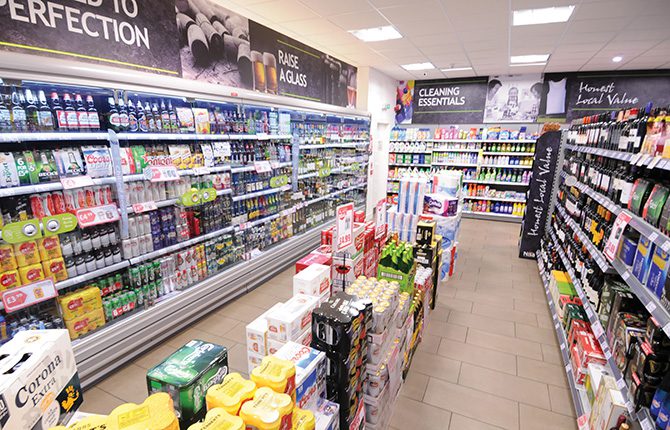 More than a year on since its opening Colin, like his business, is still evolving. But it was his daring and drive to see his vision become a reality that saw him honoured as the Scottish Grocer Entrepreneur of the Year 2015.
He said: “It has been an incredible journey. I’ve been in a unique position in that I’ve built up this experience of what good retailing is and then been able to build what is in essence a small supermarket. How many people would ever get that opportunity? I’ve been very blessed to have the right people behind me.

“What I’ve learned and have tried to impart to other retailers in the past, I’ve been able to implement here and been very successful doing it.”