Crisp fans have had their say and Walkers has responded by adding Beef and Onion flavour to its permanent portfolio.
Consumers were asked to vote for their favourite from five retro flavours. 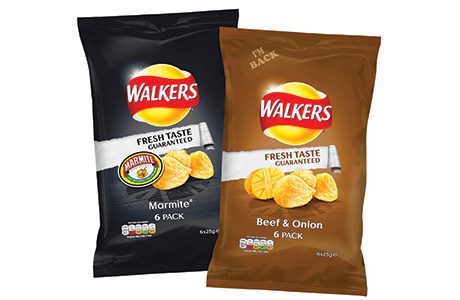 The winner polled 480,000 votes. Cheese & Chive was the second most popular flavour and Lamb & Mint came in third.
Marketing director Rachel Holmes said: “The success of this campaign has absolutely exceeded all expectations.
“As the winner, Beef & Onion will now remain on shelves alongside the newly reintroduced Marmite flavour.”
Former footballer Gary Lineker, who has been promoting Walkers for 20 years, said he is regularly asked to bring back crisp flavours from the past.