Beer brand Tsingtao has extended its title sponsorship of the Hampshire MV Agusta motorcycle racing team, which will see it compete in the MCE British Superbike Championship until the end of 2016. 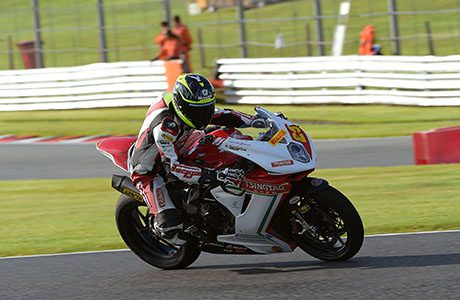 This will be the fourth season in which the Tsingtao brand will be entering a team into the BSB Championship, thanks to the additional support of the Italian Varese-based factory.

Tsingtao’s sponsorship has capitalised on the growing popularity of bike racing with last year’s BSB coverage reaching over 9.5 million UK consumers through British Eurosport, as well as appealing to a growing international audience.

The sponsorship continues to be supported by above-the-line marketing activity including posters, billboards and adverts, and wholesaler and trade support such as point-of-sale kits, promotions and competitions for both the on and off trade.

Team manager Dave Tyson commented: “It’s great to have the support of a brand as strong as Tsingtao. Our agreement to go forward for another year in BSB gives our team a great sense of security.

“Much time and effort has gone in to getting the package competitive in our championship. Keith Farmer has made the transition well from big bike to the F3 and we still have more to come. The last three rounds will show next year’s potential and we’re pleased to be continuing our relationship with Tsingtao.”

James Wright, director of spirits and agency brands at Halewood International, which distributes Tsingtao in the UK, added: “Sponsoring the Hampshire Motorcycles team has proved really beneficial for us for the last three years and we’re delighted to be continuing the relationship.

“Tsingtao Racing creates a platform for the brand to engage with a global audience, and to attract new customers and consumers through increased brand awareness.

“Tsingtao appeals strongly to a younger, more affluent audience, seeking to experiment with different world and premium beers. Tsingtao Racing continues to play a critical role in the brand’s marketing strategy in targeting this demographic.”