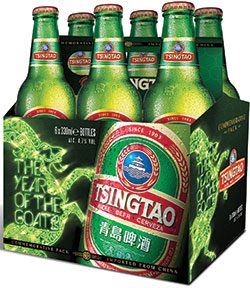 ANCIENT Chinese folklore is being used to promote Tsingtao Beer in the brand’s eight immortals campaign.
The eight immortals are legendary figures in Chinese mythology. Each has a power that can bestow life or destroy evil.
Halewood International has identified eight modern immortals who it will reveal month by month in a bid, it says, to engage with a young, adventurous audience.
The first to be introduced is Teiguai Li, a compassionate bearded man who walks with the aid of a crutch.
The brand has chosen sites throughout the UK, including one on the Clydeside Expressway in Glasgow, for a series of poster ads. The eight immortals campaign will also feature in the press and across social media.
James Wright, head of spirits and agency brands at Halewood, said: “The eight immortals will attract young, aspirational consumers who are looking to trial different world beers.”