Individual seasonal confectionery is now worth £1.1m according to Mondelez International and it has launched a series of Halloween-themed products designed to catch seasonal shoppers’ imaginations. 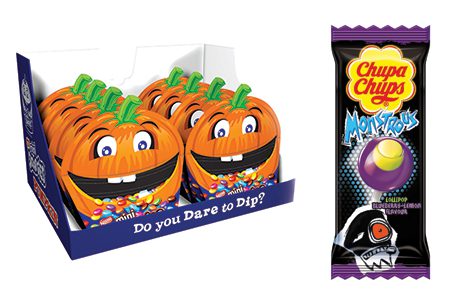 • Perfetti Van Melle says that of the £134m spent on Halloween related products last year, 71% was spent on confectionery.

Its research indicates that Halloween spending starts four weeks before the big day.

This year it has created the Chupa Chups Monstrous Bag and Monstrous Pop.

And it is running a promotion for Fruitella around the animated film Hotel Transylvania 2 with thousands of prizes on offer.

• The pumpkin is one of the most recognisable symbols of Halloween and Nestlé has employed it for its latest Smarties promotion.

The Mini Smarties Trick or Treat Pumpkin contains 10 boxes with a tear strip at the pumpkin’s mouth to create a pack intended to be ideal for taking straight to the door to share with trick or treaters. It has an RRP of £3.00 and an eight-count display outer. 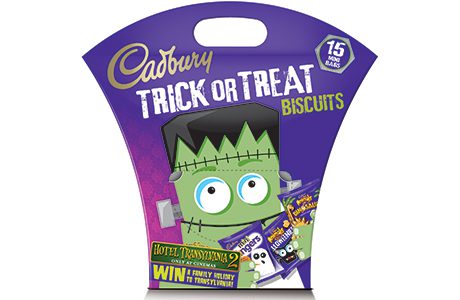 It has also launched Rowntree’s Randoms Spooky Mix, a sharing bag of sweets, shaped like ghosts, bats, pumpkins and skulls.

The Smarties Pumpkin and Milkybar Ghost are also available this year.