As the various governments in the UK step up restrictions on tobacco marketing with the stated aim of reducing youth smoking new figures suggest sharp decreases in child smoking. 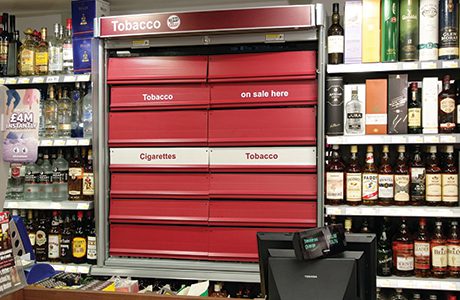 The number of secondary school age children south of the border who smoke tobacco hit its lowest level since records began last year. The English findings echo similar results found in Scotland in 2013.

Figures from the Westminster government’s Health and Social Care Information Centre showed that in 2014 18% of 11 to 15 year-olds had tried smoking at least once – the lowest level recorded in  ‘Smoking Drinking and Drug Use Among Young People’ survey, which  began in 1982.

In the latest figures 3% of the 11-15 year-olds smoked at least one cigarette a week.

4% of the youngsters had tried to buy cigarettes in a shop. 6% had asked someone to buy them for them and 91% of those had been successful in getting cigarettes that way at least once.

In Scotland the anti-smoking pressure group ASH last year quoted the Scottish Schools Adolescent Lifestyle and Substance Use Survey National Report: Smoking, drinking and drug use among 13 and 15 year-olds in Scotland in 2013 and said that at age 13, 2% of children (both boys and girls) were regular smokers and at age 15, 8% of boys and 9% of girls were regular smokers.  Those were the lowest levels since 1982.