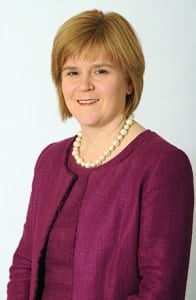 First minister Nicola Sturgeon will give the keynote address at this year’s Scottish Grocers Federation Conference, which takes place on 29 and 30 October at the Royal Bank of Scotland Conference Centre in Edinburgh, the representative group has confirmed.

It’s the second year running that the keynote address at conference will be given by the country’s first minister. Alex Salmond spoke at last year’s event at Hampden Park. The conference will also hear from Royal Bank of Scotland chief economist Stephen Boyle.

The organisation will run its next study tour on 10 September in Musselburgh near Edinburgh. The event is free for retailer members. Groups will visit discount stores and then meet to discuss findings at the Royal Bank of Scotland Centre.