NEWSAGENTS and small retailer representative organisation the NFRN plans to apply political pressure in its battle with payment services firm PayPoint, which has lowered caps on commissions for retailers by up to 30%.

The NFRN is urging its 9,000 members who operate terminals to write to their MPs asking them to raise concerns in parliament about PayPoint’s changes. 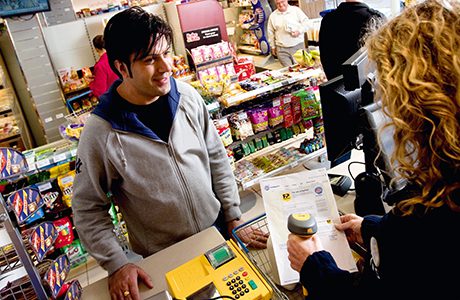 The organisation has produced template letters that members can download from its website to send to their political representatives, arguing that shopkeepers cannot operate the service at a loss and will take terminals out, reducing services to communities across the country.

The NFRN’s Scottish president Mo Razzaq has already contacted a number of Scottish politicians. But he told Scottish Grocer he was disappointed that NFRN seemed to be the only retailer organisation that was taking a robust  attitude to the PayPoint changes.

• What do you think of the PayPoint situation? Contact Patrick Duffy 0141 567 6074 or patrick.duffy@peeblesmedia.com