MANY surveys in recent years have suggested that convenience stores currently provide one of the most buoyant parts of UK food and drink retailing and that their influence is likely to grow substantially in the future, thanks to changes in population and shopping trends. 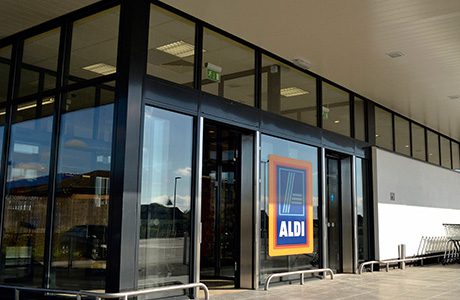 But a study by property market analysis specialist the Local Data Company, investigating net store numbers over the last five years, suggests convenience booms might be very localised. Numbers of c-stores of all types including symbol groups, multiples and co-ops have actually declined in a number of towns around Britain. The study highlights drops in c-store numbers of 7% in Edinburgh and 29% in Airdrie, although Scotland overall saw a net increase of 36 c-stores over the period.

But all types of traditional shop and are under pressure from the booming discounters – including European brands such as Aldi and Lidl and others like Poundland, Farmfoods and B&M Bargains.

Within convenience stores multiples’ outlets such as Tesco Express and Sainsbury’s Local had CAGR of 6.7%. Tesco added more than 1100 shops over the period. Others, including symbol stores and co-ops were up by just 2.5%.

In comparison the rate of growth of discounters has been more stable but it is also down from its 11.6% peak in 2012 to 5.6% in the last year.

LDC managing director Matthew Hopkinson told Scottish Grocer the data suggested supermarket companies had given themselves a problem by opening many stores that effectively competed against their existing outlets.

“The big four supermarkets opened over 500 new stores since 2011 and whilst doing this also opened nearly 2,000 convenience stores,” he said.

“This growth has significantly increased operating costs in property alone before considering logistical implications and the cost of developing and delivering online grocery sales.

“At the same time the discounters have increased store numbers by nearly 1,400 and have a serious alternative to the big four supermarkets on price and offer.”

In some areas it looked as if profitability of individual stores was being significantly hit by increased competition. Some 200 towns saw more c-store closures than openings and Scotland and South-east England both saw many stores close.

However LDC found that independent stores had increased in number over the period.

Ethnicity and European immigration could be playing a big part in that, he suggested.

A sense of community and desires to serve and support were being reflected in the increasing number of Polish shops in British towns, he suggested.