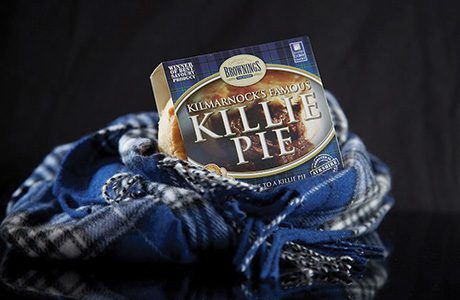 THE on-field fare at Kilmarnock Football Club might not have been what fans’ dreams are made of last season, but their half time snack has again picked up a trophy.
The Killie Pie, made by local baker Brownings, which first found favour among regular supporters and visitors to the Kilmarnock FC’s stadium, has taken the gold award in the Pub Pie category at the British Pie Awards 2015.
And weeks later Brownings was collecting silverware again.
Its morning roll won a silver regional award at the Scottish Baker of the Year prizegiving.
Managing director John Gall said: “I would like to thank our customers and staff. Every member of the Brownings team continues to make it the success it is.”