WHOLESALER and symbol group owner Booker is to buy symbol group Londis and its sister retail chain south of the border Budgens for £40m.
The company, which already owns Britain’s biggest symbol operation Premier and the growing Family Shopper symbol discount fascia, is acquiring Musgrave Retail Partners GB – the owner of Budgens and Londis – in the deal, which is subject to approval by the Competition and Markets Authority.
Musgrave Retail Partners GB was widely reported to have been struggling in the UK, most recently reporting an operating loss before exceptional items of £7.4m. It carried out a significant restructuring exercise last year as part of an effort to renew its fortunes.
There are currently 1630 Londis stores in Scotland, England and Wales, while Budgens has 167 stores in England and Wales. When complete, the deal will leave Booker with 4,907 stores, accounting for a 9.4% share of the UK convenience market. 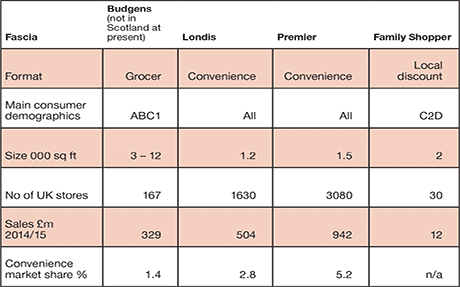 The group says its aim is to retain and further develop the Budgens and Londis brands alongside Premier and Family Shopper, building on the existing Budgens/Londis supply chain to reduce costs and improve chill ranges. Chief executive Charles Wilson said the brands were “joining forces to help independent retailers”.
“Consumers are becoming more demanding, looking for more choice, fresh foods, lower prices and a better service,” he said.
“What we’re going to be doing is using the Budgens and Londis supply chains to serve Premier and independent retailers. That improves utilisation, it reduces costs, makes things more efficient and that allows us to help lower prices and improve services.
“It also provides Booker and Premier customers with a better chill offer and that benefits Budgens and Londis, because it gives us better scale on chill, so everybody wins. Overall I think we can come to a very compelling pricing structure for all our retailers.”
The Scottish Grocers’ Federation welcomed the news saying it is a positive move for the independent convenience store industry in Scotland.
SGF chief executive Pete Cheema said: “This is a bold and visionary move by Booker and its chief executive Charles Wilson. We believe this will help to strengthen the independent convenience store sector as it faces increasing pressures from both the ongoing supermarket price war and the expansion of the discounters.” 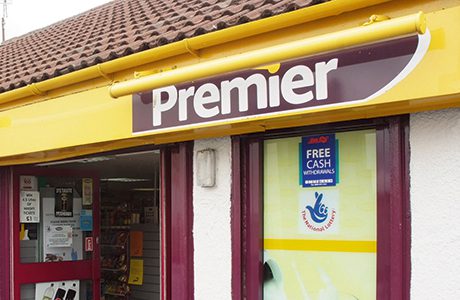