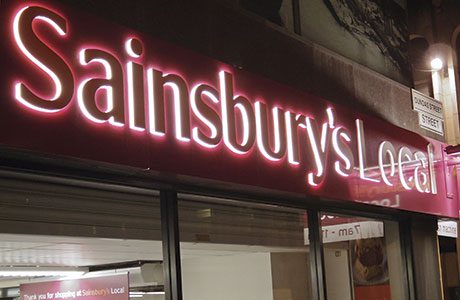 SAINSBURY’S is the latest supermarket chain to be hit by losses at a time of fierce competition in the grocery market.
In the year to 14 March 2015 Sainsbury’s retail sales, excluding fuel, were down 0.2%, contributing to a pre-tax loss of £72m.
But, if the group has struggled, the division that is likely to have the most direct effect on many independent retailers – its Sainsbury’s Local c-store chain – is said to be booming. The firm intends to open new convenience stores at a rate of one to two a week in the coming year.
It opened 98 last year, reaching a total of 707, and its convenience business made sales of over £2.1bn through more than 7m transactions each week, and delivered growth of 16%.
In statements that accompanied the results the company said: “The savvy shopping behaviour learned during the recession has driven a structural shift in the market.
“The move away from one weekly shop has been supported by the growth of convenience stores, improvements and confidence in the ease and security of shopping online, and the rise of the discounters.”