WHOLESALER and symbol group owner is to buy symbol group Londis and its sister retail chain south of the border Budgens in a deal worth £40m. The company, which already owns Britain’s biggest symbol operation Premier and the growing Family Shopper symbol discount fascia, is acquiring Musgrave Retail Partners GB – the owner of Budgens and Londis – for £40m. The deal is subject to approval by the Competition and Markets Authority. Engagement with the CMA has begun. Musgrave Retail Partners GB carried out a significant restructuring exercise last year when it split into separate teams for Londis, which has 1630 stores (including c-stores and forecourt stores) in Scotland, England and Wales and Budgens, which has 167 stores (c-stores and supermarkets) in England and Wales.

Musgrave Retail Partners GB had sales of £833m and made an operating loss before exceptional items of £7.4m. Londis sales in the year to December 2014 were £504m. Booker argued that the purchase will be good for retailers linked to both operations and for shoppers. The company statement announcing the deal said: “Through Booker, Londis and Budgens joining forces, we will help independent retailers and consumers throughout Great Britain. Booker’s aim is to further develop the Budgens and Londis brands alongside Premier and Family Shopper, Booker’s retail brands. “Budgens and Londis customers will retain their brands, but will benefit from a better local and national supply chain. This will help improve the choice offered by the retailers to the consumer. “The increased scale and operational efficiency should help lower prices, and retailers will benefit from a better delivery and cash and carry service. 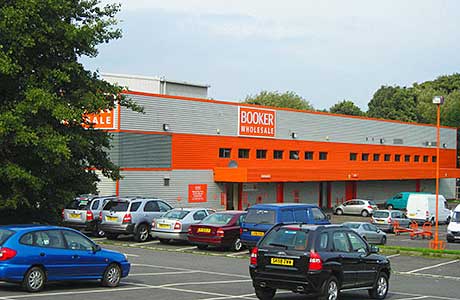 This will help independents prosper amid the changes that are occurring in the grocery market.” News of the acquisition came as Booker announced its preliminary results for the year to 27 March 2015. Pre-tax profit rose 13.7% to £138.8m on sales up 1.5% to £4.8bn. Booker like-for-like sales, excluding Makro, rose 2.3%. Non-tobacco sales increased 2.9%. Tobacco sales were up 1.1%. Premier, Booker’s existing symbol group grew from 2,902 stores in the previous year to reach 3,082 stores. Sales to Premier customers grew 14%. Scottish retailer representative group the Scottish Grocers’ Federation welcomed the news saying it is a positive move for the independent convenience store industry in Scotland. SGF chief executive Pete Cheema said: “This is a bold and visionary move by Booker and its chief executive Charles Wilson. We believe this will help to strengthen the independent convenience store sector as it faces increasing pressures from both the ongoing supermarket price war and the expansion of the discounters.”