IT was 46 years ago that Glasgow-born retailer George McCusker moved to Hawick, then the centre of Scotland’s knitwear industry.

Looking back, he remembers the town as a bustling hive of activity and prosperity, but the decades since have seen a decline in its fortunes.

Much of the textile trade has now moved abroad and businesses have closed down, resulting in rising unemployment and economic hardship.

In recent years, rising vacancy rates in the town centre have coincided with an influx of new supermarket developments and now the site of one of the town’s famous mills, long since closed, may soon be home to a new Aldi store, providing developers can get the approval of Scottish Borders Council.

George and his wife Kathryn were appalled to learn of the plans to establish yet another food retailer on the site just a short walk down the road from their local Spar store.

With help from the Scottish Grocers Federation, they organised a petition against the plans, gathering the signatures of over 300 local residents and retailers and encouraging others to send objections to the council’s planning department.

“I think Aldi expected people to welcome them with open arms, but it has caused a bit of friction in the town,” said George. “Most people are asking what we need another supermarket for. We’ve already got Morrisons, Sainsbury’s, Lidl, Iceland and B&M, which is selling more groceries.

“If Aldi comes, the big stores will be well and truly hammered, but it’s the wee stores that can’t afford to lose another slice.”

Kathryn added: “We’ve lost so many shops from the high street. It’s a shame because it used to be quite nice, but now so many units are sitting empty.

“They put it down to the rates and parking problems, but also the impact of Sainsbury’s, Lidl, Morrisons and online shopping. I think when we have all these problems, the last thing we need is another supermarket.”

In a lot of ways, it feels like history is repeating itself for George and Kathryn. It’s only five years since Sainsbury’s opened in Hawick and claimed a large portion of their business.

The years since have been difficult, but they have persevered and clung on to their core customers, while drawing in others with frequent promotions and by emphasising local produce and community engagement.

Even so, when Aldi came calling, drumming up the support of their customers and fellow retailers proved challenging.

“It wasn’t easy, because people tend to shy away,” said George.

“We know we could have done more. We could have hit it off from the beginning, gone to people and stressed Aldi didn’t have planning permission.”

Kathryn said: “We kept coming up against this idea that it was all done and dusted. Quite a lot of the small retailers, when I spoke to them, had decided you can’t fight the big boy. If you listened to talk you’d think it was too late to do anything.” 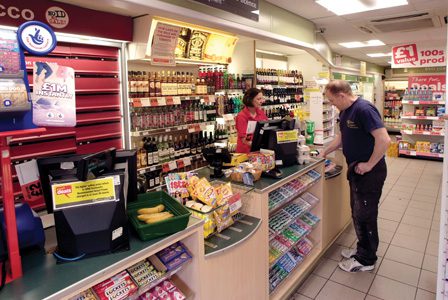 On the contrary, a decision on Aldi’s proposal is still pending and the McCuskers have been able to register their objections, with planning officers – arguing against the development – giving them cause to hope the application will be refused.

However, their fight is far from over. And with Aldi and Lidl planning further expansion across Scotland, they know other independent retailers will find themselves in similar situations.

“This is why we want to educate people about it,” said Kathryn, who recently delivered a speech at an SGF seminar on the subject. “We’re lucky to be in a small town where news like this gets around, but in some places you might not even know it was happening or what you could do about it till it was too late.

“I don’t want to see people losing their businesses because of a bit of ignorance about what’s going on in the planning department, which could be the reality for somebody.”

SGF’s head of public affairs John Lee said: “George and Kathryn have mounted an impressive campaign and have succeeded in mobilising local people and businesses and we have been delighted to offer any support we can.”

Retail impact at heart of objections 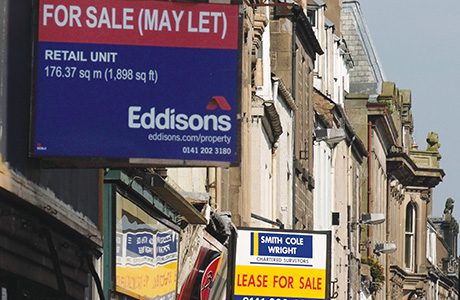 THOUGH other retailers, like Dennis and Linda Williams in Oxgangs, have recently gone up against Aldi in a planning battle and lost, there is reason for George and Kathryn McCusker to hope for the best.

The developer behind the project on the former site of Wilton Mills submitted a similar application last year, but that was withdrawn after Scottish Borders Council carried out a retail impact assessment, which argued the store would have an “adverse affect on the vitality and viability of the already vulnerable town centre”.

Since lodging a second application in January, many comments have been received from residents echoing those concerns, as well as from retailers, including Lidl.

SEPA has warned the development’s proximity to the river would make it a flood risk, and the council’s roads department isn’t enthusiastic.

Objections to the demolition of the mill’s B-listed clock tower have been received from members of Hawick Archeological Society and Project Hawick, who would like to see the building refurbished and brought back into use.

Objections have also been registered through less official channels, with graffiti slogans like “get ready for the real eye sore” and “shop till ya drop” appearing on the site’s fence.

At the time of going to press, a final decision was still pending.