Late last year the amount of alcohol allowed by law in the bloodstream of drivers in Scotland was cut. It’s said to have hit sales hard in the country’s pubs. As people fear being caught out by the breathalyser the morning after and others look to limit alcohol intake for health or diet reasons could grown-ups’ drinks with no alcohol, or just a little alcohol, or less alcohol than normal, be products whose time has finally come… for shops as well as bars?

ONCE upon a time there were marketing experts who predicted a huge boom in alcohol-free and low-alcohol drinks. It didn’t happen but several low and no-alcohol brands in beer and other drinks categories went on to serve a smaller market than some had predicted.
But there are early signs that the reduction in the alcohol in the blood amount allowed under Scotland’s new drink driving rules, coupled with severe drink driving punishments that include a potential 20-year criminal record for offenders, is having a marked effect on consumer behaviour.
Some of the country’s on-trade operators have declared a crisis saying the fear of being caught out by the breathalyser “the morning after” has had a dramatic effect on customer visits to pubs, clubs and hotels.
And while stay-at-home consumers usually present retailers with sales opportunities this time things could be different. C-store beer, wine and spirits sales that are linked to home entertaining and “the big night in” could also be affected by fear of a morning-after examination by traffic police.
Although it’s early days some alcohol-free brands are reporting greater retailer and consumer interest and some sales growth.
So, if you want to offer a range, or if you want to develop an existing range, of alcohol-free and low alcohol versions of beer wines and spirits what should you consider?

• First we should look at the different types of alcohol-free and reduced-alcohol lines that are available.
Alcohol-free is a term given to drinks such as beers, wines or ciders that contain not more than 0.05% alcohol. That’s a twentieth of one per cent. Some brands specify that they are entirely free of alcohol (0.0%) but it’s worth remembering that alcohol is a naturally occurring substance. Given the right conditions – a liquid at an appropriate temperature that contains fermentable sugar along with some wild yeast in the air – it’s easy for a little alcohol to be formed.
In some other countries alcohol-free can mean up to 0.5% alcohol by volume. That’s 10 times the amount of the UK limit. Drinks with up to 0.5% alcohol won’t make people drunk and certainly shouldn’t cause anyone any blood/alcohol level problems “the morning after”. But it is probably a higher amount of alcohol than is likely to occur naturally in fermentable items. And it could be unacceptable to someone who avoids alcohol for religious, cultural or medical reasons.
Beyond alcohol-free there are other categories including de-alcoholised drinks – with alcohol content of up to 2% ABV. While those may be suitable for people who want to limit overall alcohol intake they shouldn’t be seen as appropriate for someone who wants to avoid alcohol.
Moving up the scale, a number of lower-than-standard alcohol products have been launched in recent years. They include beers and lagers with alcohol content of say 2% or 2.8%. Often they’ve been intended to hit attractive price points, something that’s made possible, in part, by the fact that they attract less duty and VAT. But they also provide a lower-alcohol option to people who want to reduce their overall alcohol intake. 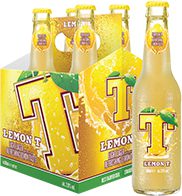 And in the last few years we’ve also seen the development of products aimed at what is called the moderation market. Fruit-flavoured beers with alcohol levels of around 2.8% like Carling Zest, Fosters Radler, and Lemon T are examples.
Unlike relatively cheap, lower-than-standard alcohol beers the moderation beers feature premium packaging – they’re usually in 330ml bottles, for example. And they’re designed to have other attractions – including fruity, refreshing flavours.
Still further up the alcohol ladder there are products which simply feature less alcohol than normal products in their drinks category. Those include light wines typically available at anything from 5% ABV to 9% ABV. They certainly shouldn’t be considered as alcohol-avoiders drinks but they do provide a lighter, lower-alcohol and lower-calorie version of standard wines, can be popular with some drinkers, and are often aimed at women.
So you should decide how many of the sub-sections of alcohol-free, low-alcohol, and lower-in-alcohol you want to have in your range and then think about styles and brands.

• Scottish beer giant Tennent Caledonian Breweries has introduced alcohol-free and low-alcohol products recently.
“We have witnessed an increased demand for lower ABV products since the legislative shift and would recommend that all operators stock at least one low or no-alcohol option to cater for this.” said TCB chief executive Brian Calder.
“Last year we launched Lemon T, a 2.8% ABV light lager with cloudy lemon, which has been performing well. Research shows that 60% of drinkers are now willing to try low ABV options.
“We also launched a new 0% ABV beer called Hee-Haw in December and we’ve been really pleased with the uptake so far. Hee-Haw is currently available in the on-trade and in a limited number of stores, but we do have plans to expand this product further into the off-trade in July.”

• Kathryn Purchase, director of customer marketing at Carlsberg UK, said: “We recognised growing demand for great tasting alcohol-free beer, and in February 2015 we added two new products to our San Miguel range – San Miguel 0.0% and San Miguel 0.0% Limon. Stocking low-to-no alcohol beers will allow retailers to benefit from the increasing numbers of ‘dry’ consumers and health-conscious drinkers, as well as those just looking for on-trade experiences without necessarily consuming alcohol.”
Graham Archibald, sales director at beer importer Morgenrot said: “Changes to the drink-driving in Scotland have undoubtedly led to an increase in demand for low-ABV or no-ABV beers. For this reason we rolled out Alhambra Sin and Krombacher Low Alcohol Pils north of the border pre-Christmas. We’re also incredibly excited to be launching our Non-Alcoholic Krombacher Weizen which is the first of its kind in the UK and definitely one to watch.” 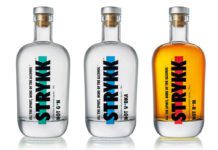 An RTD range without ABV 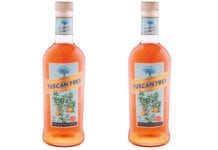