Sweet-toothed Britons are spending £4.4bn a year on take-home biscuits and cakes and Scots are spending proportionately more than the rest of the country, according to Kantar Worldpanel.

The research specialist’s figures for the 12 months to 1 February 2015 show that Scottish shoppers accounted for £279m of the £2.6bn spent on take-home biscuits across Great Britain. 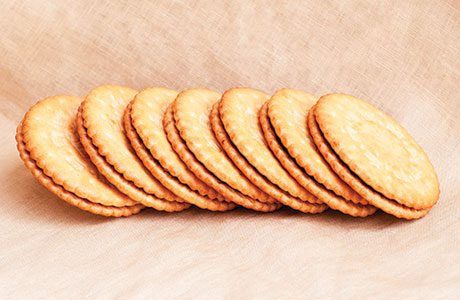 Sales were up 1.6% in Scotland on the previous year, just a little more than the increase in overall GB sales of 1.4%.

The figures include sales of cereal bars which are worth £27m in Scotland.

Mark Thomson, business unit director of retail at Kantar, said that around 40% of biscuit volume across Great Britain is sold through promotional deals and that reduced-price promotions account for a quarter of all the money spent on biscuits in Scotland.

And he added that biscuits now account for 3.2% of all take-home food and drink sales in Scotland. Branded biscuits sell better in Scotland, where 77% of total biscuit purchases are of brands, while the GB figure is 74%.

Scotland contributed £165m to the total of £1.8bn GB shoppers spent on cakes and pastries. But Scottish cake sales were down by 1.5% and GB sales were up by 0.4%.

Of those cakes sold in Scotland, 46% were sold through promotional deals and 35.6% of all cake sales were through reduced-price promotions.

Small cakes made up 39% of spend in Scotland as opposed to 26% across Great Britain which, according to Kantar, reflects the relatively strong popularity in Scotland for convenience and hand-held products in general.