LONDIS symbol owner the Musgrave Group, an Irish firm which also includes Irish fascia such as Super Valu and Centra, last year reported that its UK business had seen losses rise in an environment of major change in retailing in Britain. 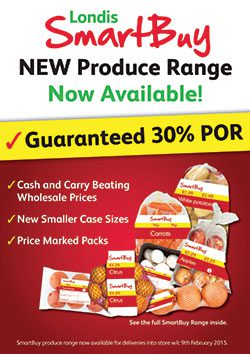 Since then the UK operation has been restructured. Budgens, a fascia with stores south of the border, and Londis, which has retail partners in Scotland and across Britain, now have two distinct brand teams.

Londis has around 1,700 members (including 110 in Scotland) running convenience stores and forecourts.

During 2014 Musgrave says it audited performance across the Londis estate and as a consequence managed the exit of approximately 18% of the estate to concentrate on “quality not quantity”. Londis also opened more than 60 new stores in 2014 – from estate extensions, retailers from other brands and new retailers.

The firm says that retailers who joined in 2014 are outperforming weekly performance targets by an average of 16%.