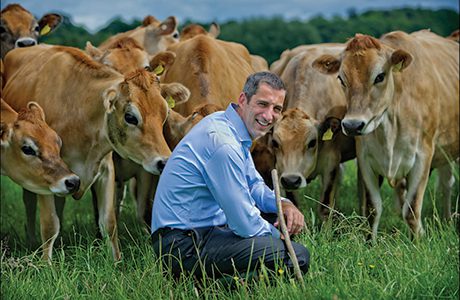 THERE’S a lot of talk about Scots being switched on to Scottish food. But in dairy there’s still a very great deal for Scottish producers to play for, reckons Robert Graham, managing director of fast-growing Graham’s the Family Dairy.

He argues it’s crazy that the country’s best-selling butter, cheese and yogurt should all come from down south or further afield.

The industry in Scotland has a responsibility to do something about that, he said.

While the Bridge of Allan-based family firm has seen growth for 20 years, it will make a very significant jump between now and 2020 if things go to plan.

It’s looking to build a new £20m dairy in Stirlingshire, which would have production and research capabilities to provide what he called a “step change”. The project should go to council planning soon.

The company already has a culture of brand and product development. A notable recent performer has been its Light and Low milk which Graham describes as “ideal for convenience, a value range that hits a price point but allows a retailer to make margin”. 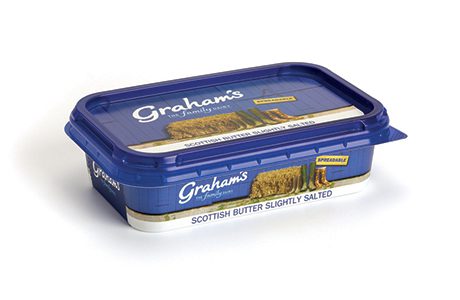 This year there’s a major programme of development lined up.

“Our ice-cream relaunches in March and we’ll have new flavours,” he said.

“We looked at Kantar data recently and our spreadable is growing at 76% and that’s with two SKUs,” he said.

“Spreadable in Scotland is worth about £60m at retail but about 96% of it comes in from outside.”

So in the spring and summer the company intends to launch a new Graham’s spreadable light product, an organic line, and a Gold Top version. It’s also considering a value line and a lightest product.

Later this year it plans to enter the yogurt market.