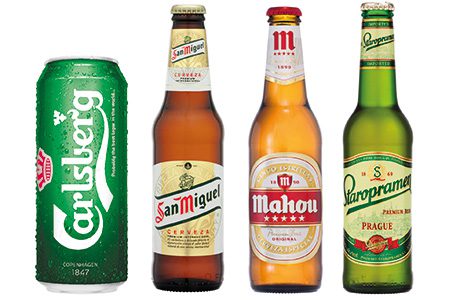 SELLING world beers during the Rugby World Cup will be one way to grab sales opportunities in 2015, according to Carlsberg.
Parminder Walia, senior category manager (growth channels) at Carlsberg UK, said: “This will be an important year for rugby as February and March will present the annual Six Nations Championship and later in the year England will host the Rugby World Cup.
“Ways to invite custom throughout these sporting events include time-limited stock, such as selling world beers throughout the international rugby championships, and point of sale promotions.”
Carlsberg emphasises the importance of heritage for foreign beers.
Walia continued: “In our Carlsberg UK Consumer Insights Report we asked participants about their world beer buying habits.
“The research discovered that the main countries consumers are willing to try a new beer from are Germany, Belgium and France.
“Within Carlsberg UK, our most popular world beers are Czech beer Staropramen plus Spain’s Mahou and San Miguel.
“It’s an important category that has grown rapidly over the last year and we expect to see even further growth in 2015.
“It’s a good idea to group craft beers, premium bottled ales and discovery beers into categories on the shelf. This will create an easy and hassle-free shopping experience.”
Another way to encourage shoppers to try new beers is to suggest beer and  food matches,  Carlsberg suggests.