FAIRTRADE Foundation is encouraging shoppers to ask UK retailers to switch to Fairtrade in a stock challenge during Fairtrade Fortnight 23 February – 8 March. Consumers are being asked to tell retailers they would prefer Fairtrade goods, as an everyday choice with the power to improve lives and communities across the world.
To help businesses who want to stock Fairtrade  lines, the foundation has the National Fairtrade Purchasing Guide on its website. It lists Fairtrade suppliers and prompts retailers to ask their current wholesalers about Fairtrade goods.
Shops who take on Fairtrade stock can be eligible to receive certificates and stickers for display.
James Bennett, out of home account manager at Fairtrade Foundation, said: “As Fairtrade sales grow it’s important to be able to meet demand.
“This directory aims to make the switch as easy as possible.”
The consumer-activated Stock it Challenge is part of a drive to unlock the power of the many, the organisation says.
Some 20 years after the first Fairtrade Fortnight, the foundation says 78% of the British public recognises the Fairtrade mark, one in three bananas bought in the UK is Fairtrade and last year UK sales of Fairtrade sugar saw £5m sent back to sugar cane smallholders.
Over 4,500 products are Fairtrade certified and in 2013   Fairtrade sales in the UK rose by 12%.
Michael Jary, chair of the Fairtrade Foundation board of trustees, said: “As we celebrate 20 years of Fairtrade in the UK and a market now worth over £1.7 billion, the truth is that only around 8% of all eligible commodities imported into the UK are sourced on Fairtrade terms. Globally, it’s less than 1%.
“Building on what we have already achieved, it’s clear Fairtrade must innovate for even greater impact.”
Chief executive, Michael Gidney, added: “Increasingly, we are seeking both to leverage the tremendous power of UK supply chains and deliver real change for producers around the world.
“By using our own power we can certainly go much further to make trade fair together.” 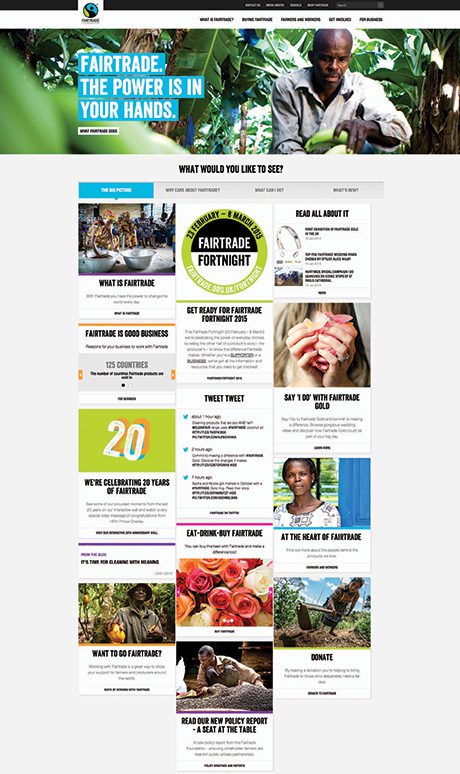