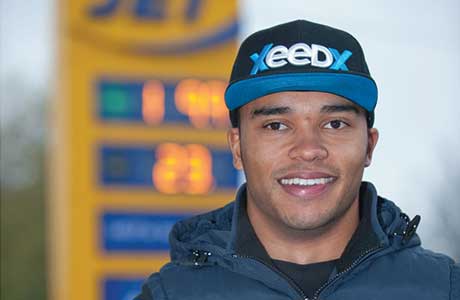 NICOLAS Hamilton, the brother of Formula One world champion Lewis Hamilton, has been appointed as Jet’s ambassador for 2015.
Nicolas, who has a form of cerebral palsy and is an avid racing driver, has inspired many people to exceed expectations and achieve their own success.
Throughout the year, he will be getting involved in Jet’s campaigns, promotions and events.
“I am really excited to be working with Jet and Phillips 66 as their ambassador for 2015,” said Hamilton. “There are many similarities in how we both approach achieving our goals and ambitions – yet also areas we can learn from one another.”