SHOPPERS in Britain’s local stores aren’t as satisfied as they could be and it will take significant collaboration between retailers and suppliers to put things right, says new research.
Convenience channel analyst HIM Research & Consulting reckons c-store operators are sending a “cry for help” to food and drinks suppliers.
One in four shoppers told the research firm they’re not fully satisfied with the range in convenience stores. 15% say a wider range would make them use c-stores more for top-up shopping and 11% say it would make them use c-stores more to buy evening meal items.
But retailers admit to stocking a significant proportion of brands and products which they themselves don’t consider ‘core range’.
“The only way we are going to see a really significant, industry-wide change in how UK shoppers view the UK convenience industry, is by retailers and suppliers working together,” said HIM
“Retailers are telling us, they want help.”
The firm says that more than three in four independent retailers say working with suppliers will increase category sales.
And a similar proportion says collaborating in the right way with the right suppliers will increase total store sales.
Convenience retailers know the firms they like to work with.
HIM found that Coca-Cola, Mondelez and Camelot regularly feature at the top of the preferred lists. But overall, the researcher found, retailers want suppliers to offer promotions and offer more category advice and recommendations on product and brand ranging.
While relatively small percentages of retailers stressed the need for advice on product display, merchandising and point-of-sale material, some 30% said they wanted promotional support and almost as many (29%) wanted range recommendations. Supplier reps who offer promotional support and range recommendations are frequently regarded by retailers as better than the norm.
Lists of best sellers are especially requested, said HIM.
Status as a best seller is the second-most important factor in influencing retailers’ purchasing decisions. It’s beaten only by price and comes ahead of profit margin and case size.
Some 50% of the retailers the company spoke to said they wanted to see category advice and information on best sellers at fixtures in wholesale depots. But currently only 19% of retailers actually notice existing best-seller lists in depots. That could suggest such displays are not being executed properly, it says.
But HIM also found that significantly more symbol retailers than unaffiliated independents feel that they are working closely with suppliers and that the category advice they receive affects their decisions. 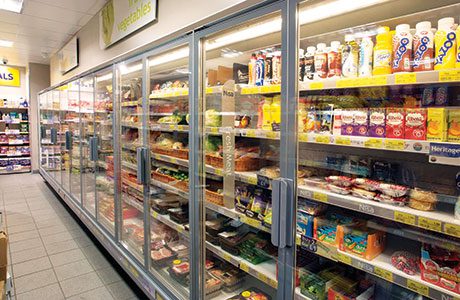