.
WINE could be more important than ever to retailers this Christmas and that very much includes retailers running c-stores, according to Brand Phoenix the firm behind South African wines range FirstCape wines.
Quoting research from HIM Research & Consulting’s Christmas Eyes and Ears report from 2014 and its Convenience Tracker Programme from this year as well as figures from analyst IRI and the Wine and Spirits Trade Association Brand Phoenix managing director Greg Wilkins said that more than 80% of shoppers are likely to top up over the Christmas period at some point.
And wine, he said, is particularly important to convenience stores around Christmas. Research suggests it’s the third-most likely product category that shoppers are planning to buy from – after chocolate and crisps and snacks.
IRI figures suggest wine sales in c-stores are worth more than £800m a year. And wine is said to have strong market penetration in UK where over 30m households are said to buy wine through the off-trade regularly. Almost half (47%) of wine consumers are said to drink wine weekly, a proportion that has been increasing in recent years. Wine sales are said to increase on average by three times in the weeks leading up to Christmas. However volume sales of wine overall are relatively flat while value sales are up among regular wine drinkers, suggesting they have become willing to pay more per bottle. There is, Wilkins said, evidence to suggest that consumers are willing to pay more for wines that they recognise and are willing to buy higher priced wine for special occasions. That’s likely to mean, he argued, that branded wines, will perform strongly over the Christmas period and that to get the best returns from a wine range c-stores should stock a variety of wines at a variety of prices.
On merchandising the firm suggests that retailers separate red, white and rosé wines in chillers and on shelves and then organise by country of origin. However, it also says retailers may benefit from merchandising by price through good, better and best, with best on the top shelves, so that customers can easily find wines in the price range they want.
With summer over Brand Phoenix reckons consumers will be moving away from lighter wines to products that suit richer meals such as its own FirstCape Limited Release Cabernet Sauvignon and FirstCape Limited Release Sauvignon Blanc.

• Ahead of the Christmas season wine firm CWF has released its latest Winter Warmer mulled wine – a 10% ABV flavoured wine.
CWF marketing spokesperson Amy Ledger reckons mulled wine and ginger wine will be big sellers in the run up to Christmas and through the festive period. She said: “Mulled wine has captured the hearts of UK consumers seeking the warming spicy taste of the festive period throughout the cold winter months.
“Catering for all tastes and budgets are Winter Warmer and Harvest Fruits Mulled Wine both offering the no-fuss option and allowing consumers to heat and drink on demand.” Ledger also suggested that additions to its Silver Bay Point range will do well.
“Silver Bay Point Fruit Flavours is a collection of natural fruit-infused British wines created with fruit cider drinkers and entry-level wine consumers in mind,” she said. 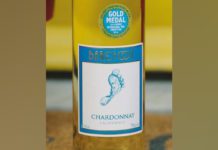 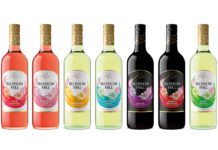