The deadline for personal licence holders who were issued with their licence on or before 1 September 2009 to complete refresher training has now passed. If you gained your SCPLH Refresher certificate in time you must now notify your issuing board. And all other PLHs must be aware of their own deadlines. 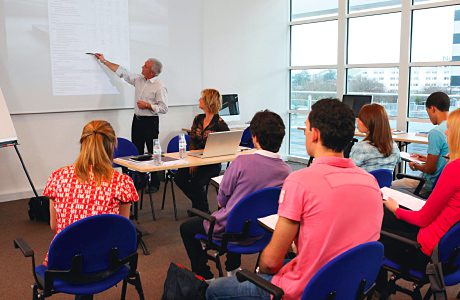 SO, do we know how many people failed to complete their Scottish Certificate for Personal Licence Holders Refresher training and gain the necessary qualification in time to allow them to hold on to their licence?

The answer is no, because all those who did now have what’s known as a period of grace to get evidence of their refresher training compliance to the licensing board that issued their original licence. That should be done by end November.
It’s only then that it will become apparent how many PLHs failed to complete and pass their refresher courses on time.
The authoritative licensing law website Scottish Licensing Law and Practice www.sllp.co.uk reports that Scottish Qualifications Authority figures showed there was a late surge in completed refresher training courses in August.
To recap, all personal licence holders who gained their licence in the transition period to the current licensing laws – The Licensing (Scotland) Act 2005 – which became fully operational on 1 September 2009, were deemed to have been issued with their licence on that date.
Under the rules refresher training has to be completed and the refresher certificate attained within five years of the the original licence being issued. So all of the early personal licence holders had to complete training and gain the refresher certificate by 31 August 2014.
SLLP reports there were 29,745 courses completed at the end of August, an increase of 6,531 over the previous month.
So is there a crisis? Do we have hundreds or maybe thousands of people in Scotland’s licensed retail and hospitality industries in danger of losing their qualification and being banned from getting a new PLH for at least five years?
It’s difficult to say. Some trade estimates suggest 30,000 people were affected. If that is the case then it would seem that relatively few may be in danger. Some people may have left the licensed trade or retired, and may not have bothered with the refresher training.
But there’s no single agreed figure for the number of people affected so we can’t as yet know how serious the situation is.
Those who did carry out their refresher training on time and gained the refresher certificate on time must now make that clear to the licensing board that issued their original licence.
That’s true even if you have left your original licensing board area and are working in a completely different part of the country.
There is a three-month period to carry out that task but it would be wise to do it as soon as possible.
Different licensing boards appear to have different rules, with some requiring the certificate itself to be sent to them and others apparently willing to accept photocopies or digital copies. Find out what your board requires and get it to the board office in good time, preferably well before the end of November.
Now the first deadline date has passed every other personal licence holder has to be aware of the deadline they must adhere to.
You must complete refresher training and gain your refresher certificate within five years of the date that your original licence was issued.
To be safe it’s best to consider your deadline as the day before your licence’s fifth anniversary date. To be safer still, do it well before that and when you have your refresher certificate get it to your issuing licensing board as soon as possible.