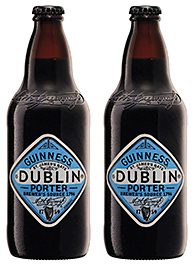 IRISH author Flann O’Brien’s most famous novel includes a poem called The Workman’s Friend. In it an ordinary man says that when dealing with any troubles “A pint of plain is your only man.”

The pint of plain was Guinness Dublin Porter. And it’s back, in a 21st-century version, along with another reinterpreted Guinness brew, West Indies Porter. Both are products of the Guinness Brewers Project in Dublin in response to what brand owner Diageo calls “the craft revolution”.
The company plans a £5m launch campaign. RRP for Dublin Porter is £2.20 for the 500ml bottle, West Indies Porter is £2.65.