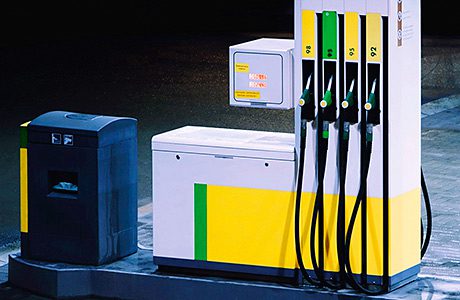 FAIRFUEL UK, the campaign to reduce fuel taxes that’s backed by the Road Haulage Association, the RAC and others, has claimed that Government thinking on the economic effects of lower fuel duty now mirrors its own.

The organisation’s spokesman Quentin Wilson and co-founder Howard Cox met with chief secretary to the Treasury Danny Alexander last month
The FairFuel UK website said Alexander: “presented the government’s recently published fuel duty dynamic modelling, which supports the fuel campaign group’s long-held contention that lower fuel duty increases jobs, GDP and economic activity”.
FairFuelUK presented its own dynamic modelling in 2012 that suggested a 3p cut in duty would generate 70,000 jobs, increase GDP by 0.2% and lower inflation.
“The minister’s economic model of what has happened in the life of this parliament suggests, following a 1p cut in March 2011 and the continuing freeze in duty, that GDP will increase even more, by 0.3% to 0.5% in the longer term. Their model shows that the increased exchequer revenues resulting from the increase in economic activity will pay for around half of the initial cost of the government’s action on fuel duty.
“The government recognises the impact that persistently high pump prices have on the cost of living and business costs, and has taken action to support the motorist, resulting in the longest duty freeze for over 20 years.”
Quentin Willson said: ‘This is an historic moment in fuel taxation. No other government has been brave enough to sacrifice fuel duty revenues to stimulate growth. And it’s worked. We’ve had stable duty levels since 2011 and that’s given everyone confidence to spend more and helped lower inflation too. But let’s not stop there.”