Ian MacBean has operated the shop at the Old Toll Filling Station at Overtown, near Wishaw, successfully for several years. But can the site do more? Working with Spar he aims to transform it into a comprehensive c-store.

The Overtown unit was the first in the portfolio and it’s the first also to be transformed as part of Ian’s plans to update the stores.
The three shops have some differences. Lomond Service Station has a very interesting wine selection while the Old Toll, Overtown unit doesn’t sell alcohol, for example.
But generally speaking, before the changes, the different sites operated as traditional filling station forecourt shops with ranges and services designed, primarily, to meet the needs of drivers and emergency top-up shoppers. That was certainly true of the Overtown site.
“It was just what you’d expect a forecourt shop to be,” Ian said.
“It had confectionery, snacks soft drinks, bread, milk, and a little grocery. It has PayPoint, lottery and an ATM.”
But times have changed. Supermarkets provide major competition for fuel sales, but, then again, consumers are shopping locally more frequently than before, if they can get what they want in local outlets. 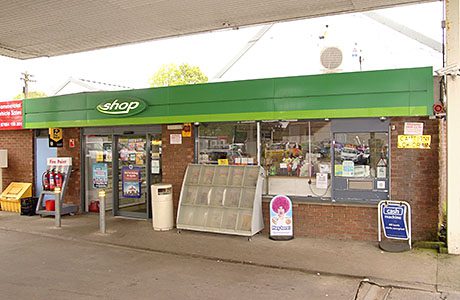 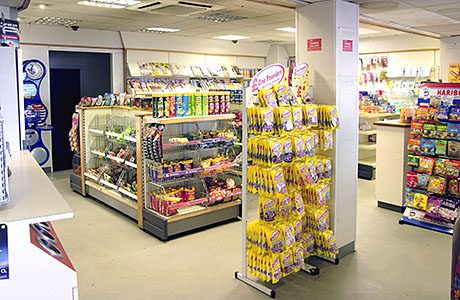 So, after considering things for a while, Ian decided he wanted to go down the roadside retail route. He wanted to give shoppers – motorists and others – more reasons to visit his stores and more reason to spend while they’re there.
He had been with Palmer and Harvey and Mace, topping up on stock when necessary at Booker’s local cash and carry depots.
But now he wanted a delivered wholesale service and backup from a supplier that had experience and expertise in areas that he wanted to develop, specifically fresh produce and chilled foods.
He looked at Booker’s Premier operations, at Londis and at Spar and came down in favour of Spar.
“Spar seemed to offer the widest range of products,” he said.
He was impressed especially by the chilled-food ranges and, in particular, by what he sees as a very good range of high-quality ready meals.
Overtown would go first and it would be the biggest job. In fact the shop would have its trading area extended by a third.
Work was being carried out last month. In the August issue of SG we’ll return to Overtown to discuss the concept, the project, the new store and the future. 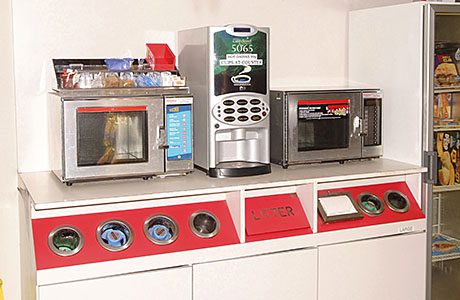 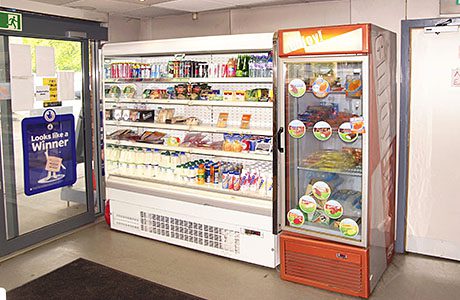