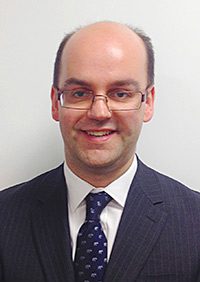 PLEASE John Swinney, keep the cost of doing retail business in Scotland down.

That’s the plea from the Scottish Retail Consortium (SRC), which is asking the Scottish Finance Secretary to rethink business rates, keep a lid on taxes and commercial charges and loosen up on parking to protect city and town centres when he writes the budget in autumn.
The industry body has published the recommendations in a wish list called Scottish Retail: Creating Jobs, Investing In Communities, Boosting Growth. Other proposals include a reduction in red tape and infrastructure improvements such as broadband, mobile phone reception and transport, especially during bad weather.
David Lonsdale, SRC director, says in an introduction addressed directly to Swinney: “Few industries play such a crucial role as retail in keeping down costs for households, creating employment and investing in our communities.
“Retailers are responding to the squeeze on household budgets and strong industry-wide competition with keen prices, promotions and deals, helping to keep down the cost of living.” Shop prices have fallen for 13 consecutive months and food inflation is at its lowest recorded level.
He points out that retail is Scotland’s biggest private sector employer, with 255,000 staff. With some promising indicators showing improvement in the economy, Lonsdale describes the forthcoming budget as “a fantastic opportunity to assist” the retail sector moving in the right direction.
Reform of business rates is the SRC’s top priority. It describes the current system as “no longer fit for purpose” and “a disincentive to invest”. A long-term overhaul would, it claims, increase retailers’ confidence about investing in property.
Taxation should, the SRC stresses, make sure that Scotland remains a competitive place to live, work, invest and visit on holiday.
Rates of taxation should not be higher in Scotland than anywhere else in the UK. Rates bands and thresholds for the new Land & Buildings Transaction Tax, due to come into effect in 2015, must ensure that Scotland remains competitive.
“Affordable and accessible” parking is, the SRC argues, crucial to maintain footfall in town and city centres.
Fees for commercial planning applications, which shot up 20% last year, should not rise further until the service has improved.
The SRC also suggests improving the regulation of planning, building standards and licensing, to speed up the process and allow new businesses to start trading more quickly.
Any “windfalls” coming to Scotland as a result of Westminster policy should be invested in infrastructure such as roads.