American Express-commissioned survey finds small businesses working together locally can add £30,000 to annual sales and save on costs

INDEPENDENT retailers and small merchants that work together realise significant sales improvements, according to The Value of Collaboration, a report released last month by personal finance and merchant services firm American Express.

The study, carried out for the card issuer by retail analysis firm Conlumino, explored the positive role small merchants play on local high streets and in their wider communities. The analyst focused on the role small merchants (independently owned businesses that trade on and have a physical presence on a local high street and have no more than three outlets across the UK, including stores, boutiques, butchers, delicatessens, florists, bakers, restaurants, bars and hotels) play in supporting each other on an informal basis and how they collaborate to create and sustain a viable trading environment.
The report said that by collaborating on activities such as joint marketing campaigns, loyalty schemes, local events, and joint promotions, small merchants can boost their sales by up to £30,000 each annually.
And that represents potential sales uplift for independent businesses across the UK that would be worth almost £900m nationally.
And there are other financial benefits in local collaboration that help ensure sales increases and combined efforts are translated into positive effects on small businesses’ bottom lines, the American Express study found.
The report highlights day-to-day cost savings small merchants can benefit from by lending each other a helping hand.
Through things like minding each other’s shops, taking in deliveries, doing a bank run or providing loose change, independent businesses can save an average of £3,000 a year in labour costs. And that would mean a saving to combined UK small businesses of over £75m nationally.
In total, nearly three quarters (73%) of respondents to the survey said they are supporting fellow businesses in some way. That included activities such as discussing business challenges with their peers, comparing performance or discussing the trading environment.
Underpinning the supportive culture on high streets up and down the country is the fact that owners of small merchants make efforts to get to know other traders in the area, the Value of Collaboration Report said. 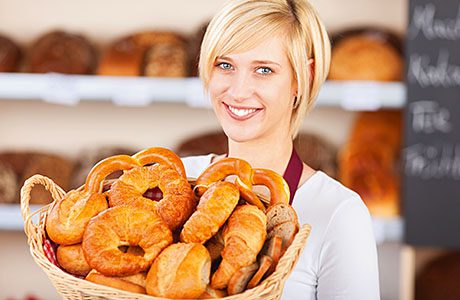 It found that 59% of small business owners know at least half of their fellow local traders and close to a quarter (23%) know almost all of them.
And the business people are said to be benefiting by recommending each other to their customers too.
Mark Roper, head of UK merchant services at American Express, said: “Whether it’s the local deli and off-licence putting on a joint cheese and wine night, or an entire high street running a seasonal promotion, small merchants across the UK are clubbing together to improve their collective lot.
“It makes strong business sense, delivering tangible returns in terms of boosted sales and saved labour costs and it is a trend that is increasing.
“One in six respondents said they plan to collaborate more in the next year or so,” he added.
Neil Saunders, managing director at Conlumino, said: “Collaboration between independent businesses can have huge financial benefits.
“This inevitably has a very positive impact on the economics of running an independent high street business. At a time when so much of retail is highly competitive it is fantastic to see how cooperation is creating sustainable success.”