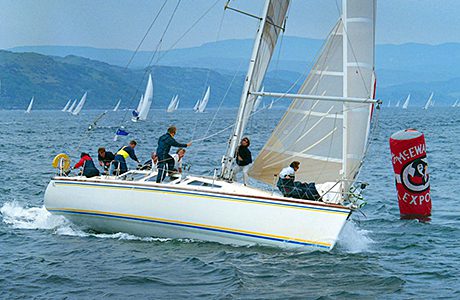 ALE brand McEwan’s has gone back to the future as official sponsor of this year’s Scottish Series, the country’s major yacht racing regatta.

The beer is no stranger to the Scottish Series, it sponsored the event from 1986 to 1991. It returned for 2014 – this year’s series took place at the end of last month – to mark the event’s 40th anniversary.
The Scottish Series is an annual event organised by the Clyde Cruising Club, the largest sailing club in Scotland, that attracts more than 100 yachts from all over Britain each year.
The four-day series begins in Clyde and ends with a variety of races in Tarbert, Loch Fyne.
Tara Karimian, brand manager for McEwan’s, said: “In the past year McEwan’s has undergone a real rejuvenation with the launch of our new beers Red, Amber and Signature, a return to TV advertising and new social media sites.
“While we are continuing to modernise McEwan’s, we are still extremely proud of the beer’s rich heritage and sponsoring the Scottish Series is a great way to recognise this – particularly as part of its 40th anniversary celebration.”