INDUSTRY charity GroceryAid is urging all retail staff who are facing hard times to take advantage of Benefits Awareness Month. The information initiative, run by financial aid charity Turn2us, aims to direct people to specific benefits and other help that could be available to supplement their income.
During Benefits Awareness Month, which began in April and runs until 15 May, Turn2us will be highlighting its recent survey that shows that almost three-fifths of low-income working households feel their financial situation has deteriorated in the last year. The people surveyed listed falling wages, shorter working hours and rising living costs as the pressures they face. Nearly two-fifths of respondents said they were spending more than they earn.
Despite the widespread difficulties, Turn2us researchers found that more than three out of five people were not claiming benefits and tax credits they were entitled to. A similar number had failed to check whether they were eligible, or had no idea how to find out what benefits were available to them.
The charity has an online benefits calculator, at www.turn2us.org.uk/BeAware, where anyone can check what extra financial help they might be able to claim.
Alison Taylor, director of Turn2us, said: “It’s clear that more needs to be done to combat poverty, especially for those people in work. Working Tax Credit and other welfare benefits can make a huge difference. We found that 85% of current claimants in work said benefits have had a positive impact on their lives and helped with housing costs, bills and even avoiding debt.”
GroceryAid’s own confidential helpline – 08088 02 11 22 – is also available 24 hours a day, seven days a week, to help those in or formerly in the food retailing and manufacturing industries with queries about benefits. was formed in 2012 when the confectionery industry body, Sweet Charity, joined forces with the National Grocers’ Benevolent Fund (NGBF) whose charity had been known as Caravan.
GroceryAid supports more than 2,500 current and former industry staff, spending more than £3m a year. It is open to everyone throughout the industry – in factories, the supply chain, multiples and convenience stores. As well as financial information it offers support on personal or family issues, careers, health (including mental health) and legal problems. Options include phone counselling and online help, via groceryaid.org.uk, with depression and anxiety.
The helpline, which is free, was open throughout the Easter weekend. 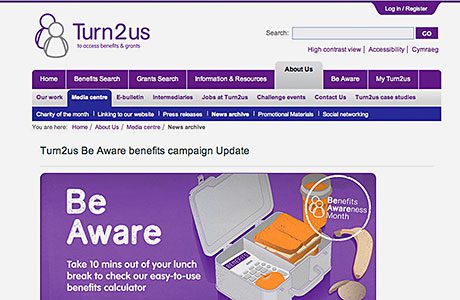