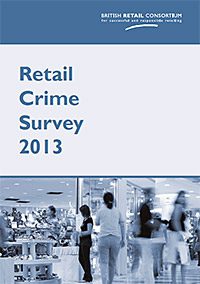 CRIME is costing the retail industry £511m a year, according to the latest statistics from the British Retail Consortium (BRC). Its annual survey of theft, fraud, burglary and criminal damage estimates that there were around 2.7m incidents last year, costing the equivalent of more than 40,000 entry-level shop jobs.

The survey covers the whole of the retail sector including chains and department stores. Some of its findings, on cyber crime and gift card fraud, do not apply to the convenience sector. But the insights into customer theft, robbery, criminal damage and violence against staff are highly relevant.

“The majority of retailers I speak to remain frustrated by the service they sometimes receive from law enforcement.”

They do not make comfortable reading. Customer theft accounted for more than four out of five retail crimes, the highest level for nine years. Just one in every 10 shoplifters was reported to the police and the stores surveyed estimated that a quarter of those thefts went undetected.
Robberies were up 48% on last year, although they were still below the peak of a few years ago and the average amount taken in each robbery was down, which the BRC thinks could be down to improvements in security and cash handling. A fall in the number of burglaries compared to 2012 was largely due to that year’s riots in England making the figures artificially high. Nevertheless, the average cost per crime rose from £1,730 to £2,067, showing that organised criminals were concentrating their attentions on big ticket items. Two out of every five burglaries were not reported to the police.
Criminal damage was down 21%, although the cost of each incident shot up from £962 to £2,062. The report also suggested that around two out of five cases of criminal damage were attempted break-ins that either failed or were disturbed while in progress. Again, this could be down to better security. Only one in every five incidents was reported.
Violence against staff continued to be a problem, with 38 incidents of threats and abuse for every 1,000 retail staff last year. A third of those involved violence. The majority of abuse occured when staff challenged suspected shoplifters, asked for proof of age or attempted to ban customers from the store.
Commenting on the survey BRC director general, Helen Dickinson, said: “Retail is integral to the UK economy and we need to do all we can to help the sector thrive. This year’s survey recorded the highest level of shop theft for nine years.
“The majority of retailers I speak to remain frustrated by the service they sometimes receive from law enforcement,” she said.
“A lack of confidence in the police response drives chronic under-reporting.”
Dickinson called for “a single, national definition for business crime by the police so that it can be properly measured analysed and addressed,” as well as a new push to deal with fraud.