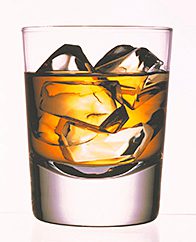 SCOTCH whisky may play second fiddle to vodka in its home market but worldwide sales have been showing impressive growth.

Scottish government analysis based on the latest HMRC figures, shows the value of Scotch whisky exports from the UK has increased by 87% over 10 years, rising from £2.3bn in 2002 to £4.3bn in 2012.
The volume of exports has also grown – 32% more Scotch whisky went overseas over the same period.