THE proposed merger of soft drinks firms AG Barr and Britvic was finally called off last month shortly after competition authorities gave a green light to the joining of the two companies and Britvic rejected a revised offer from Barr. 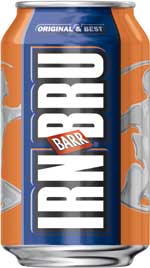 In response AG Barr chairman Ronnie Hanna said: “While we are disappointed that the opportunity to create significant value for both sets of shareholders has been rejected, the board of AG. Barr has every reason to be confident of its position as a stand-alone company.
When the Competition Commission had issued its decision Britvic chairman Gerald Corbett argued that things were very different from the time of the original deal.
“Performance has improved, the merger benefits are materially less than they were and our share price is almost twice the level it was,” he said.