There’s no shortage of former pubs looking for a new use. If you want to replace a bar with a convenience store what do you need to know?

FROM recent client instructions I have noticed a trend developing – the conversion of closed public houses into convenience stores.

The struggles of the traditional public house have been well documented both in the mainstream and trade press, which routinely highlight the number of pub closures across the country. Coupled with the demise of many vertical drinking establishments (pubs without a substantive food offering) there is an apparent move away from large out-of-town supermarkets to small local supermarkets or large convenience stores. 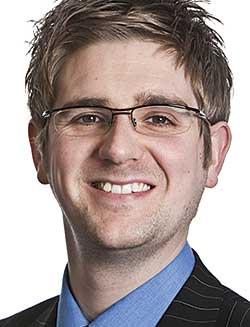 Vacant pub premises have a number of attractive qualities for potential convenience store operators. The physical layout of a pub can allow for a large, street-level retail sales area and a basement or cellar can provide ample storage space, plus pubs are often located within densely populated residential areas.
In addition to logistical attractions, the premises should benefit from a premises licence under the Licensing (Scotland) 2005. Gone are the rigid categories of licence which dominated the previous Licensing Act. No longer are licences restricted by type to, for example, public house, hotel, restricted hotel and off-sale, instead there is a generic “premises licence”. That all bodes well for any potential conversion.
There are important technicalities to consider before buying or leasing a public house to convert into a convenience store. Often a planning “change of use” will have to be sought. Public houses are an individual category within planning class 3, whereas an off-sale will require class 1 planning use. In addition, any change to the facade may also be a planning matter. External and internal changes will need building warrants. Advice should be taken on these issues at an early stage.
That leaves the issue of the licence. If already benefitting from a premises licence a public house can be an attractive proposition. If a public house (or other licensed premises) has not traded for a period of time investigations should be undertaken to ensure the licence remains valid and in effect. New licences are increasingly difficult to obtain and several local authorities have overprovision policies in place. Notwithstanding the generic nature of a premises licence, it is not the case that a pub’s premises licence will simply be fit for use as a convenience store. A major variation will be required in order to remove the characteristics of the on-sale and add the characteristics of a convenience store and off-sale.
Thought should be given to the narrative in the licence (outlining the activities). And the layout will need to be changed. Remember, the layout plan forms part of the licence and approval from the licensing board is required in order to make changes.
A major variation application is heard before a licensing board and the applicant will have to attend and speak in support of the application. Having recently had two major variation applications granted for conversions of pubs to convenience stores, the issues considered relevant by the licensing board centred around the change in trading hours, the increase in off-sales display and what other services would be on offer, such as: general retail, payment services; lottery etc. In both cases there was considerable deliberation before the licensing board and there was no suggestion that the major variation was considered straightforward.
The board wanted to be addressed on perceived problems associated with off-sales such as cheap alcohol pricing and ensuring measures are in place to prevent the sale of alcohol to underage youths. It is important for retailers to be well versed in their responsibilities and be able to demonstrate to the board that they will operate to the highest possible standards.
There are many positives for a retailer taking on vacant pub premises but if you are planning to do so, be aware of the pitfalls and take advice (including licensing advice) early.
• Niall Hassard is a solicitor in Lindsays licensing and dispute resolution and litigation teams