RUMOURS are flying around the west end of Glasgow that high-end American retailer Whole Foods Market is moving in to the empty Botanic Gardens Garage in Vinicombe Street. The company already has a 20,000 sq ft store in Giffnock and six branches in affluent neighbourhoods in England.
The famous 1910 building, formerly an Arnold Clark garage, is Grade A listed (meaning it is of national or international importance). Two previous attempts to develop the site – one to demolish it and replace it with flats, another to keep the facade and build flats – failed amid public outcry.
Glasgow City Council planners have been in discussion with owner Arnold Clark and expect a formal application – for retail on the ground floor and a health club on the first floor – soon.
Whole Foods refused to comment.
The company’s Giffnock store, which opened after a long period of speculation in the space that had been taken by a former Morrison’s site on the main thoroughfare of Fenwick Road, has made a strong impression on retail in the period that it has operated in the area.
It’s packed wall-to-wall with high-end food products: wet fish, in-house butchery, fresh produce (much of it organic), as well as eco-friendly nappies and pet supplies, a large kosher section and more.
A large area is dedicated to prepared food, to eat on the premises (there are, on the American model, seats inside and outside the store) or take home.
But is there room for a new Whole Foods store in Byres Road? The street already has Waitrose, Marks & Spencer Simply Food, delis Peckham’s and Kember & Jones, George Mewes’ specialist cheese shop and two drinks boutiques – Demijohn and Vino Valentino – battling for the foodie pound as well as Greggs, Starbucks and dozens of cafes, takeaways and restaurants in the vicinity.
Deli business Hart Buchanan closed in April, blaming competition from Waitrose. Oddbins and Roots and Fruits in Byres Road, La Cucina in Great Western Road, and the retail operation at Delizique in Partick have also closed or changed nature recently.
Ann Laird, of Friends of Glasgow West, said: “In heritage terms we are delighted that this important building will be reused. But the effect on other traders on Byres Road will always be a worry. The arrival of Whole Foods might make the street less quirky and more corporate. On the other hand it might stimulate trade and bring in business. We will have to keep a careful eye on possible side effects.”
Parking and access will also be issues. The former Arnold Clark premises, where the affluent drivers of the Edwardian era once garaged their Morris Oxfords, has no space for a customer car park. Vinicombe Street, which is closed off at the Byres Road end, and the surrounding residential area is a residents-only parking zone. Byres Road itself has heavy parking restrictions. 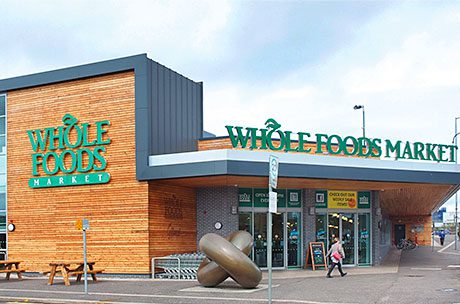