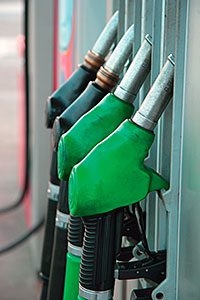 INDEPENDENT forecourt businesses are closing at a faster rate in Scotland than the rest of Britain, and as a result, the retailers who remain have to change approach to attract motorists from a wider geographical area, according to chairman of the Petrol Retailers Association Brian Madderson.
Madderson’s comments followed recently released Experian Catalist data which showed that 97 independent forecourts closed in Scotland between 2010 and 2012 – a 14% decline.
“Retailers must do the best they can to continue to diversify their business and increase income,” he said. “Becoming part of a symbol group, providing a good range of products for shoppers and adding something to their propositions can help, and it’s already being done by retailers.”
He said the PRA is lobbying governments on several issues it reckons are having a negative effect on independent forecourts.
It’s currently campaigning for rates relief schemes for rural fuel retailers. But the major issue remains price and the effect that duty and VAT have on it. The cost of a full tanker load of fuel is now £50,000, Madderson said, with more than £30,000 taken up by tax.
“The government is the architect of the decline of the independent sector with this tax policy,” he argued.