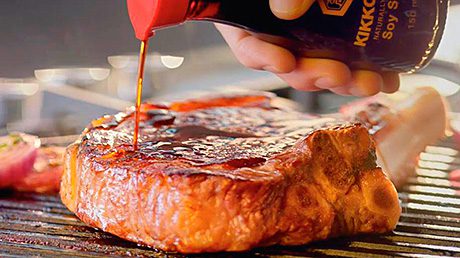 WATCHING Jamie Oliver and Gordon Ramsay rattling their pans on TV has inspired a generation of men to take up cooking. And their ladies seem to like it: a survey by Kikkoman soy sauce found that three out of 10 women believe their male partner is a better cook than they are.

Not only are many men better cooks than their wives or girlfriends, but many women also said their other half is more adventurous when it comes to cooking.
One in 10 women even said their kids preferred their partner’s cooking over their own.
A Kikkoman spokesperson said: “For years, the common assumption was that the kitchen was a woman’s domain. But it seems men are becoming bigger fans of cooking than ever before. Now many have got the ultimate seal of approval from their partner with women admitting they aren’t the best cook in the home.”
It’s all Jamie and Gordon’s fault. “Celebrity chefs, many of which are men, have made cooking much more popular over the last few years and it looks like this is finally rubbing off on guys,” the spokesperson added.
“Cooking is no longer something reserved for women or just a necessity but can be fun for both men and women.”