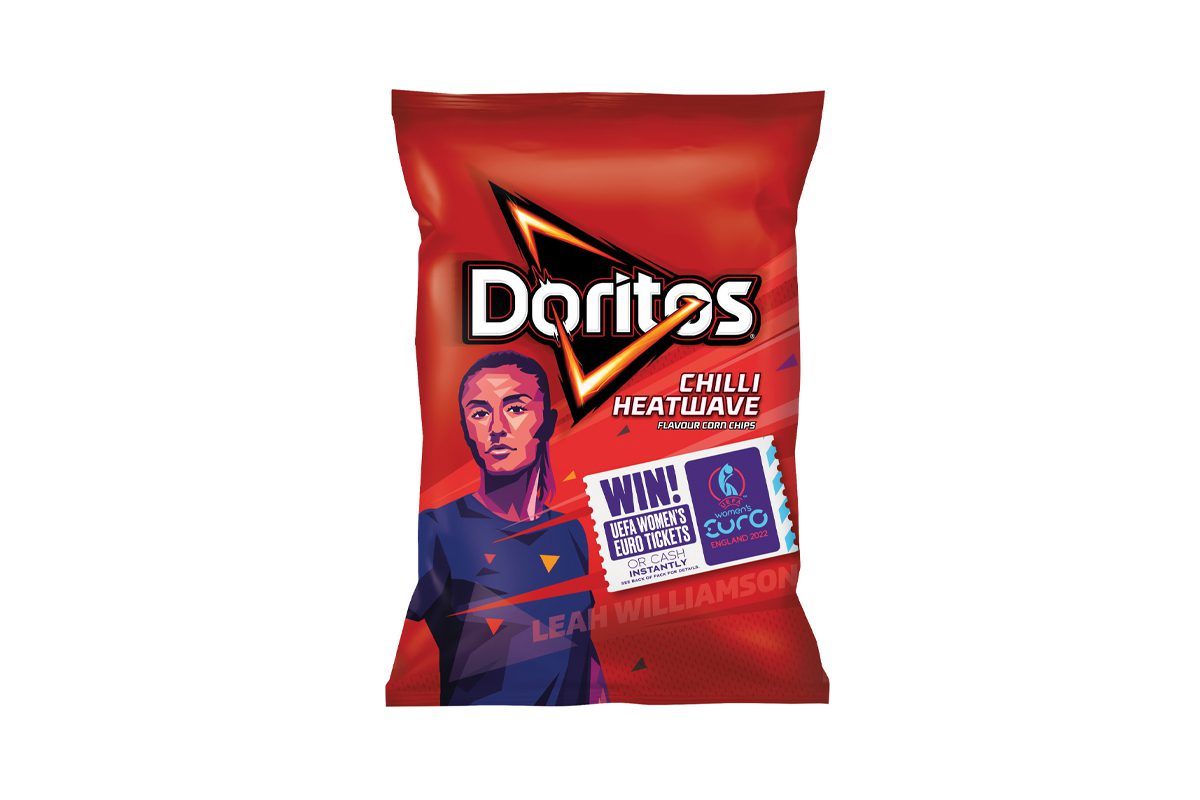 PEPSICO has kicked off a five-year partnership with UEFA.

Activity gets underway this summer with sponsorship of the UEFA Women’s Euro 2022 tournament.

The soft drink and snacking giant will be pushing its partnership with UEFA through a multi-channel marketing campaign that includes activity across digital and social media as well as PR activity, POS materials and outdoor advertising.

As part of this summer’s football activity, PepsiCo has launched an on-pack promotion across Doritos, Walkers Max and Pepsi Max calling on consumers to ‘Get Match Ready’.

The campaign features male and female international footballers on packs and offers consumers the chance to win 750 pairs of tickets, including to sold out matches.

Karina Carrico, marketing manager at PepsiCo, said: “The sponsorship of the UEFA Women’s EURO 2022 and activating through our brands Walkers, Doritos and Pepsi MAX demonstrates our long term commitment to the women’s game.

“This year’s tournament is being hosted in England, and so we’re expecting to witness an incredible atmosphere, with fans generating huge excitement across the country.”

She added: “Through our on-pack promotion, we will also be rewarding our shoppers with the chance to win fantastic prizes.”