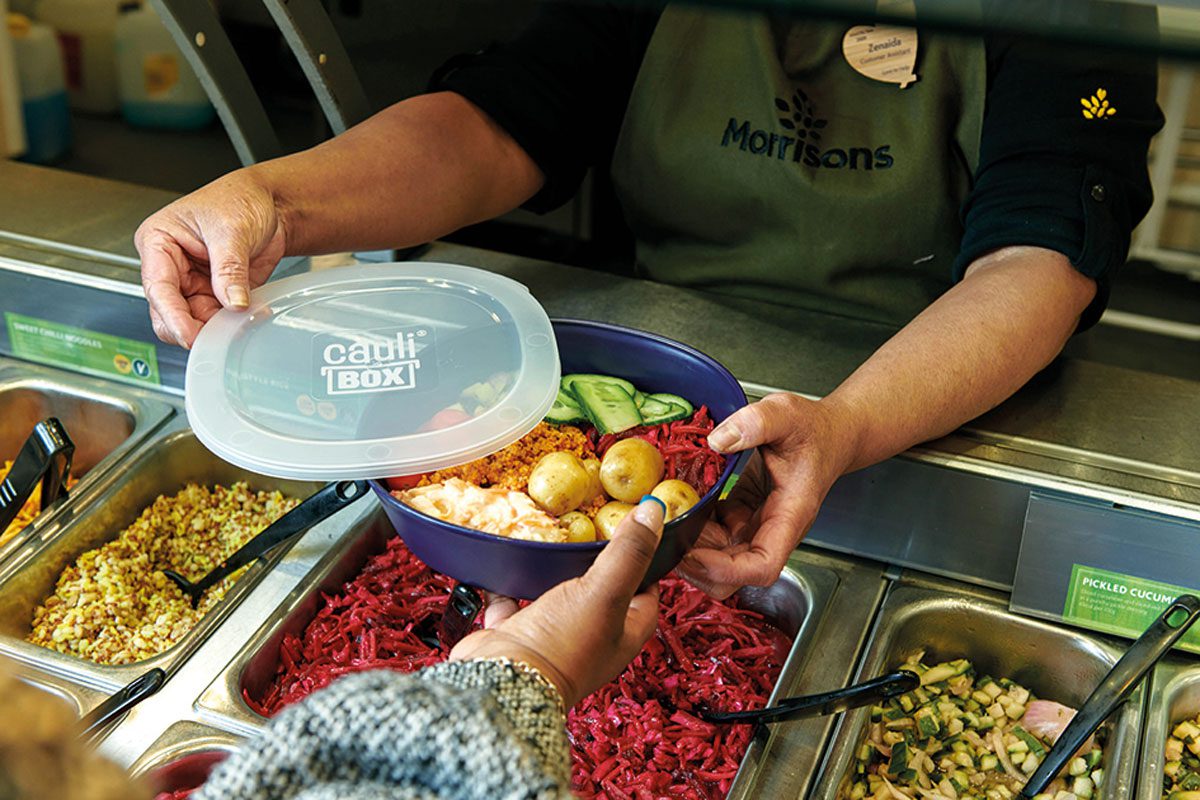 MORRISONS is trialling new ‘rentable’ boxes in its salad bars across four stores.

Customers can rent out a refillable salad box by scanning a QR code with the CauliBox app, fill it with a salad of their choice and return it to the store within a week.

The app will take a £5 deposit from customers which is paid back if the box is returned within seven days.

Returned boxes will then be washed and sanitised before they are placed at a pick-up point to be used again.

The rentable boxes will replace Morrisons’ large salad boxes in a bid to cut down on disposable plastic use. Morrisons has also removed plastic cutlery from all of its stores.

The supermarket claimed that each rentable box can be used up to 400 times.

Morrisons salad box trial follows on from the supermarket’s announcement that it will cut the use of primary plastic from its own-brand range by 50% by 2025. The supermarket said it has already removed over 8,000 tonnes of plastic since 2017.

Lorraine Wheeler, environmental packaging manager at Morrisons, said: “Thousands of customers visit our salad bars every week – and this is increasing as people go back out to work.

“Until now we’ve stocked recyclable single-use plastic containers, but we think customers will be ready to swap to this recyclable box – as it’s so simple to use.

“We hope to roll it out to more stores this year.”