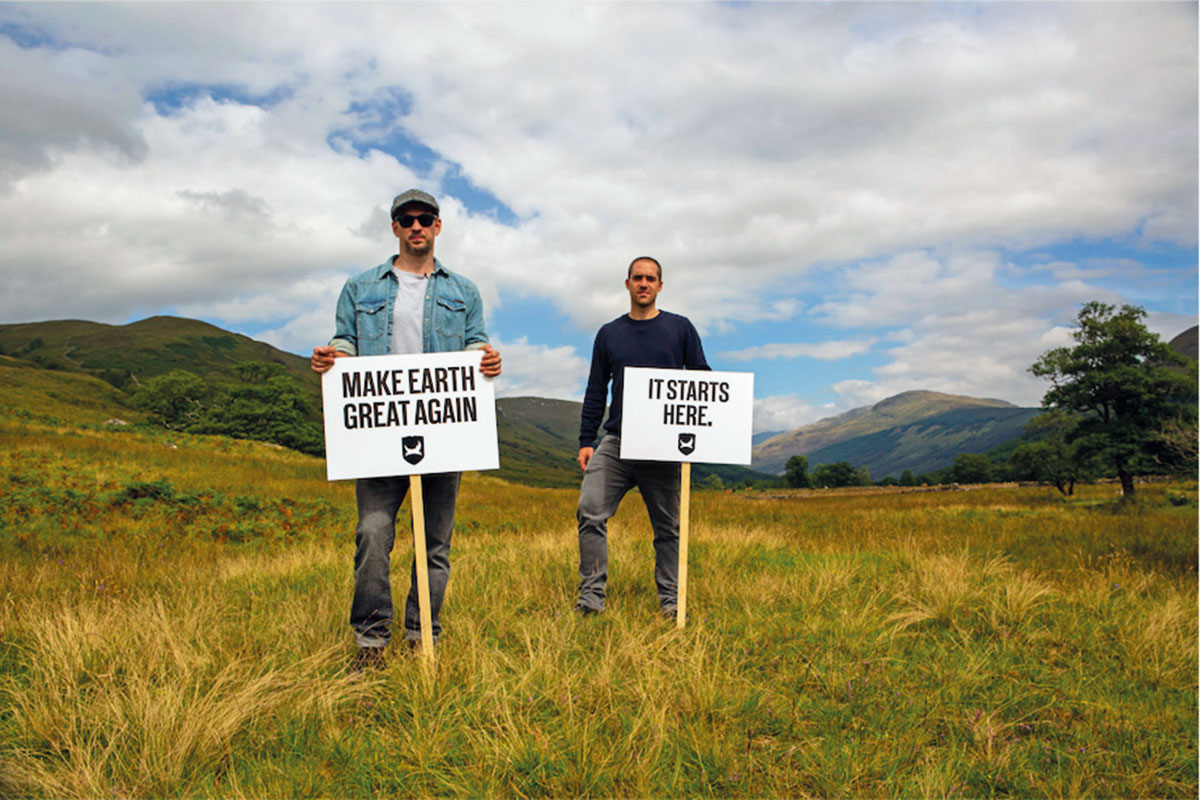 SCOTTISH beer brand BrewDog has been spending millions on sustainability, with results that should please environmentalists and consumers alike.

Last year, the Aberdeenshire-based brewer launched a £30 million ‘climate action’ investment programme across its business, and BrewDog now claims its operations produces less carbon dioxide than its actions remove from the atmosphere.

As part of BrewDog’s sustainability drive, the brewer has become carbon negative, meaning the business removes twice as much carbon from the atmosphere as it emits each year.

To achieve carbon negative status, BrewDog has embarked on a raft of environmentally focused initiatives, as Alex Dullard, head of customer marketing at BrewDog, explained.

“From productions to supply chain, we work with our lead scientific advisor, Professor Mike Berners-Lee, to help calculate our impact and design removal initiatives.

“From planting over 1 million trees to replace the carbon we emit, to using green energy, upcycling waste produce and moving our delivery fleet to electric vehicles, there is not a single function we have not considered,” he said.

Dullard, said that while sustainability “has always been important to us”, in the face of the climate crisis, the brewery we realised “this was not enough – huge change is needed, right now.”

“92% of people claim they want to live a sustainable lifestyle, but only 16% are actively changing behaviour  – it is therefore the responsibility of brands to help consumers act more sustainably. And we want to be a catalyst for change.

“In 2020 we made a commitment – to Make Earth Great Again. We are determined to rapidly and fundamentally change the way we work as we aspire to set a new global standard for sustainability.

“We know we won’t be perfect, but we want to strive to do our best and encourage other businesses to do the same. We want to showcase business can be a force for good,” he said.

BrewDog’s sustainability push may be good news for the environment, but does it benefit Scotland’s retailers? Most definitely, according to Dullard, who highlighted a YouGov survey commissioned by BrewDog which revealed the effects of sustainability on shopper behaviour in the beer aisle.

“What does that mean for retailers? 70% of shoppers would be more likely to purchase a beer made in a sustainable way , and with 40% of the population drinking once a month or more , there is the prospect that a sustainable beer offering will not only drive existing frequency but could grow overall penetration,” he said.

BrewDog’s sustainability push isn’t confined to the operation side either. In April, the brewer launched its new-recipe Lost Lager in the convenience channel. Dullard said the beer is a ‘planet first’ carbon negative German-style pilsner, brewed using wind power, with a third less water and “would-be waste bread.”

“What’s more, with every multi-pack of Lost Lager sold, BrewDog will plant a tree in its ‘Lost Forest’ as part of a ‘Buy one, get one tree’ initiative,” he said.