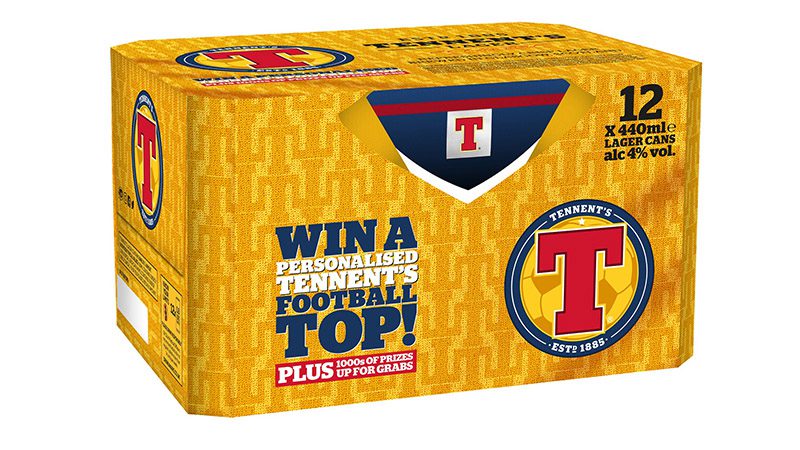 TENNENT’S Lager is offering consumers the chance to score some football goodies as Scotland warms up for Euro 2020, which kicks off next month.

Running across Tennent’s 10, 12 and 15 packs, the Tennent’s Summer of Football promotion has a pot of 4,500 prizes, including personalised Tennent’s football tops, mini footballs, captain’s armbands and vouchers for the Tennents.co.uk online store.

To enter, consumers can scan a QR code found on promotional packaging which will take them to a microsite where they can enter the competition. Winners are informed immediately.

The promotion is part of a renewed commercial partnership between Tennent’s and the Scottish Football Association.

Iain Telford, senior marketing manager at Tennent’s, said: “Our new on pack celebrates the Summer of Football that lies ahead and we’re looking forward to standing with the rest of Scotland in cheering on our national team in their biggest season in 23 years. As the Original Supporter of Scottish football, we wanted to help fans combine their favourite lager with their favourite sport and we know they’ll be excited to get their hands on the great prizes that are up for grabs through our new on pack.

“The promotion follows a strong year for Scotland’s favourite lager in the off trade and will ensure that we see increased brand presence in stores across Scotland as we come into and move through a peak trading period.”