THE energy drink category is bigger than ever, but that doesn’t mean it has reached its full potential.

In fact, according to Carabao, there are plenty of customers out there that energy drinks firms could do more to appeal to.

In its new ‘Taste of the Nation’ report, Carabao found that just over half (52%) of consumers purchase energy drinks ‘frequently’ (at least once a week).

Of those, 13% were ‘occasional purchasers’, buying energy drinks on a monthly basis, while 34%  ‘never’ or ‘rarely’ purchase them.

Among the infrequent purchasers, there were three key factors putting them off energy drinks.

49% cited ‘too much sugar’ as a reason that stopped them purchasing more often, 47% said that they viewed energy drinks as ‘unhealthy’ and 16% expressed concerns that they were ‘expensive’.

When asked what might encourage them to purchase energy drinks, consumers highlighted several benefits that they would look for from the category: taste, price, energy and low sugar.

The high level of sugar in some energy drinks does seem to be putting health-conscious consumers off.

But what can retailers do about it? According to John Luck, chief marketing officer of Carabao Energy Drinks, not all energy drinks are made equal when it comes to sugar.

“For energy drink brands, who have been more reliant than most on the use of high levels of sugar, the challenge has never been greater.

“For many legacy players in the sector, reducing sugar content means sacrificing taste, leading to dissatisfaction among regular energy drink consumers and apathy on the part of those who do not drink them.”

But, Luck said Carabao energy drinks contain 60% less sugar than some market leading brands (and only 63 calories per can) “delivering on consumers’ desire to reduce sugar intake.”

And rather than “sacrificing” flavour to reduce its sugar content, Carabao’s energy drink report claimed many consumers prefer the taste of Carabao Green Apple despite the lower sugar content.

The report found: “Consumer demands are changing rapidly. Shoppers require energy drinks to be tasty, low in sugar and good value if they are to consider buying them.

“Fans of energy drinks will buy more frequently if these drinks are lower in sugar but retain a great taste.

“For retailers of all sizes who are worried by the implications of the consumer trend away from sugar, this should provide encouragement that the energy drinks market can continue to show healthy growth in every sense.” 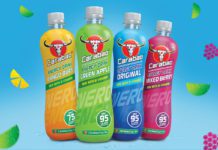 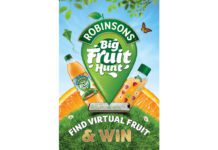