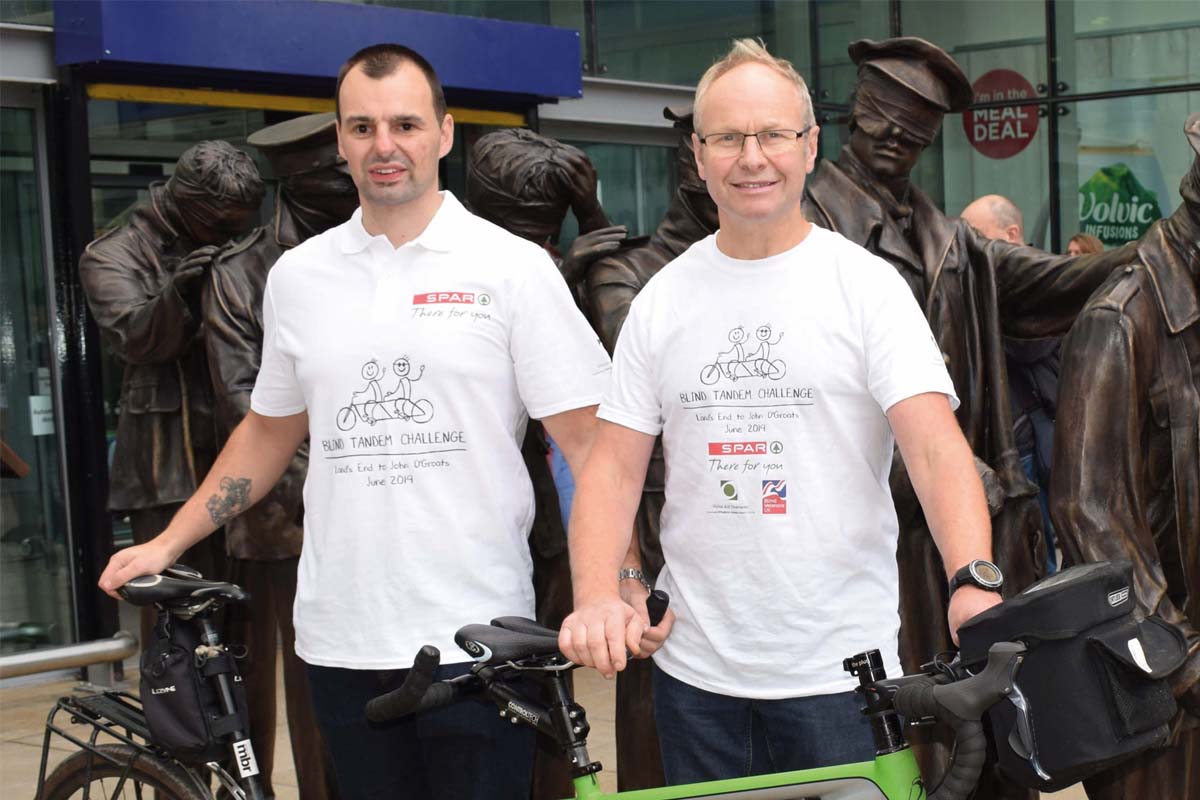 AN army veteran cycling 1000 miles for charity stopped at ten Spar stores on his route from Land’s End to John O’Groats.

Craig Lundberg, who lost his sight completely in 2007, embarked on the ten-day tandem bike ride alongside sighted pilot Callum Edge.

CJ Lang joined forces with other Spar wholesalers throughout the country to support Craig and Callum as they made regular stops during their challenge.

Craig said: “Blind Veterans UK was always there for me, whenever I needed them. It’s my turn to give something back.”