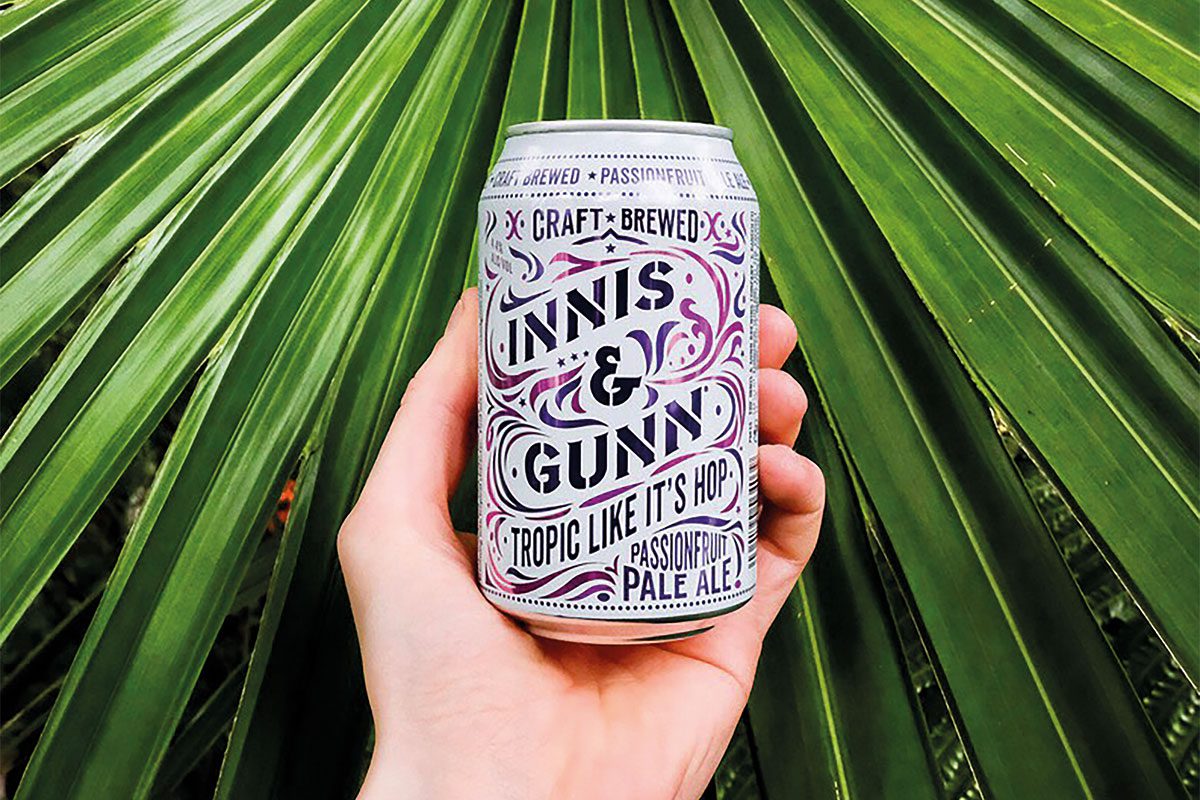 SCOTLAND might not be the warmest of countries, but Edinburgh-based brewer Innis & Gunn has released a new ‘Tropic Like It’s Hop’ passionfruit pale ale — adding a bit of  tropical flavour to the off trade.

Combining mosaic and citra hops with juicy passionfruit, the beer is designed to conjure up “images of palm trees, white sandy beaches and blue skies”, according to the brewer.