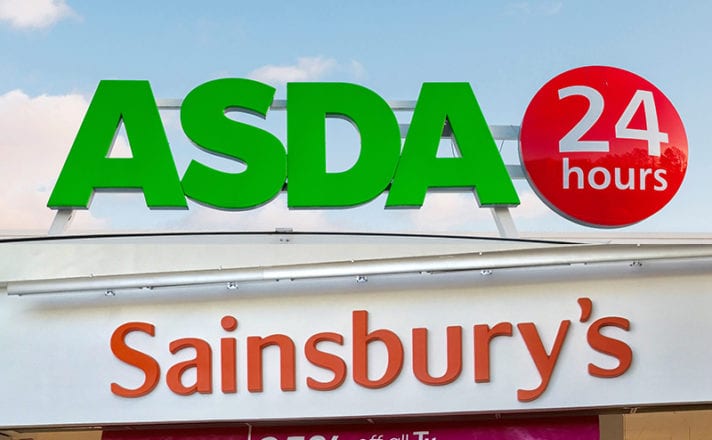 A SIGNIFICANT blow has been dealt to the proposed merger of Sainsbury’s and Asda as competition concerns threaten to scupper plans. The Competition and Markets Authority (CMA) has found “extensive competition concerns” around the £3bn deal, which it claims could push up prices and reduce quality.

Despite the concerns, the merger has not been completely ruled out, although the CMA has indicated the supermarkets would need to sell off a significant number stores to get the green light.

For the CMA to approve the merger, Sainsbury’s and Asda would need to sell off enough stores to allow a potential buyer to feasibly operate as a national grocery retailer, both in-store and online.

What stores would need to go may not be a decision for the supermarkets either, as the CMA has voiced a “clear preference” for any sell off to include solely Asda or solely Sainsbury’s assets. The CMA also indicated that the merged entity may need to sell off either the Asda or Sainsbury’s brand in a bid to maintain competition in the online delivered grocery market.

Competition concerns around fuel prices form an additional sticking point for the CMA, which has said the supermarkets would need to sell off petrol filling stations in 132 local areas where Asda and Sainsbury’s forecourts currently overlap.

Interested parties have until 6 March to have their say on the CMA’s proposed remedies.

Stuart McIntosh, chair of the independent inquiry group carrying out the CMA’s investigation said: “These are two of the biggest supermarkets in the UK, with millions of people purchasing their products and services every day.

“We have provisionally found that, should the two merge, shoppers could face high prices, reduced quality and choice, and a poorer overall shopping experience across the UK. We also have concerns that prices could rise at a large number of their petrol stations.

“These are our provisional findings, however, and the companies and others now have the opportunity to respond to the analysis we’ve set out today. It’s our responsibility to carry out a thorough assessment of the deal to make sure that the sector remains competitive and shoppers don’t lose out.”

Commenting on the CMA’s provisional findings in a joint statement, Sainsbury’s and Asda said:“These findings fundamentally misunderstand how people shop in the UK today and the intensity of competition in the grocery market. The CMA has moved the goalposts and its analysis is inconsistent with comparable cases.

“Combining Sainsbury’s and Asda would create significant cost savings, which would allow us to lower prices. Despite the savings being independently reviewed by two separate industry specialists, the CMA has chosen to discount them as benefits.

“We are surprised that the CMA would choose to reject the opportunity to put money directly into customers’ pockets, particularly at this time of economic uncertainty.

“We will be working to understand the rationale behind these findings and will continue to press our case in the coming weeks.”

Sainsbury’s and Asda parent firm Walmart sent shockwaves through the grocery industry in April 2018 with a proposed merger that could create the largest supermarket business in the UK.