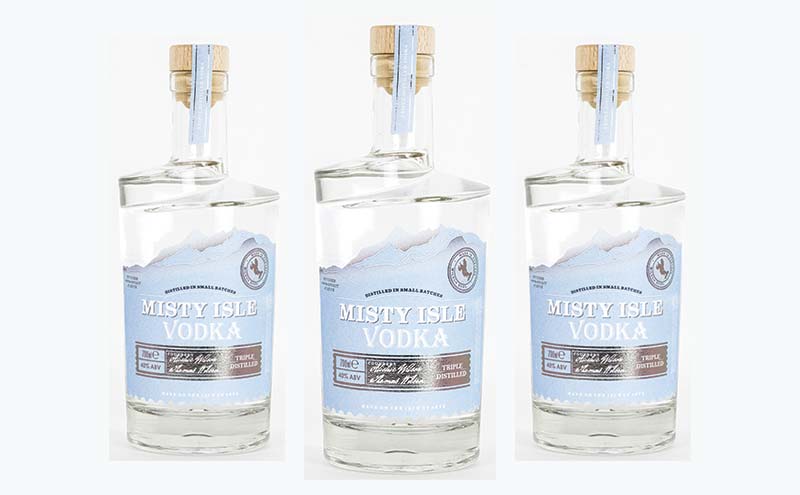 HOME to some of the best peated malts in the world, the isle of Skye now has its very own vodka brand.

Alistair Wilson, managing director at Isle of Skye Distillers, said: “It has been our ambition to create Skye’s very first vodka since we founded the distillery almost three years ago, and we’re delighted to announce its release.

“Every part of the production process for Misty Isle Vodka, from distilling right through to bottling and labelling, takes place in Portree.”

Misty Isle Vodka is triple-distilled in small batches at 40% ABV, and has an RRP of £30 per 70cl bottle.