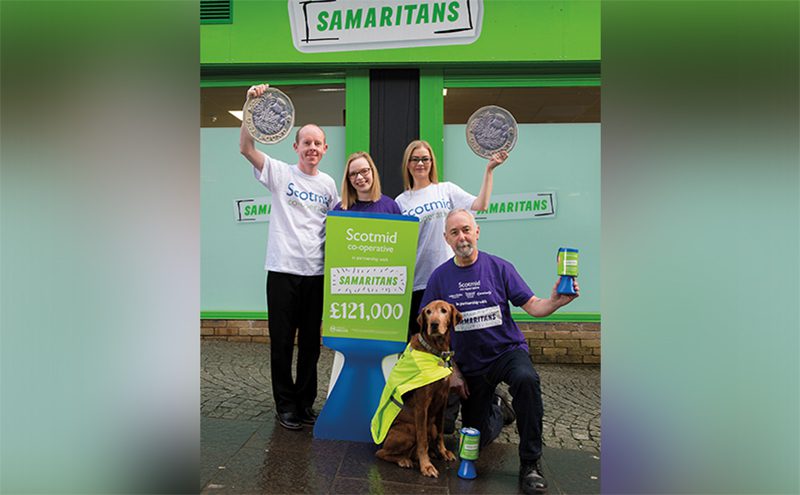 SCOTMID has raised a six figure sum in as many months for suicide prevention charity Samaritans.

Over the last six months, Scotmid has raised £121,000 for the charity through in-store fundraising activities, sales of ‘Brew Monday’ cupcakes, ‘Kid in the Kitchen’ joke books and proceeds from the sales of limited-edition Samaritans bags for life.

Scotmid chief executive John Brodie said: “To have reached such an impressive amount at the half-way stage in our year-long charity partnership with Samaritans is an achievement everybody can be proud of.

“Our staff deserve enormous credit for the fundraising activities that have already happened and there are plenty more scheduled to take place over the next six months.”