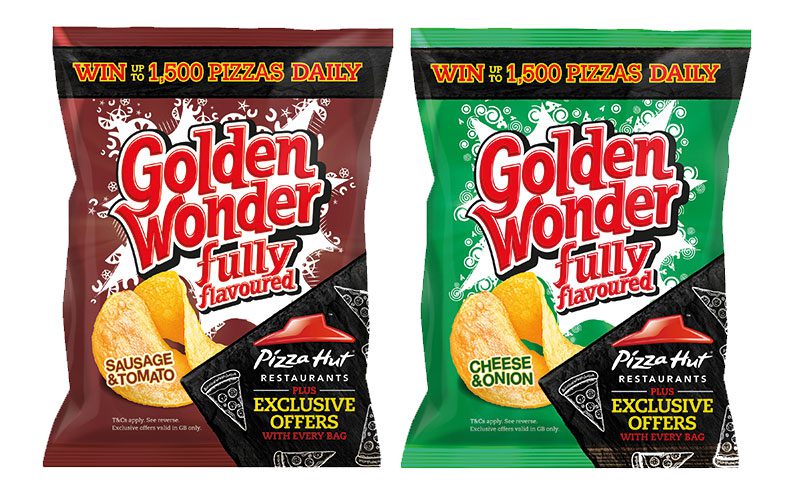 CRISP and snack brand Golden Wonder is teaming up with Pizza Hut for a 10-week on-pack promotion, with every pack a winner.

Matt Smith, marketing director of Golden Wonder, said:  “We revamped our core flat crisp range in 2016 and our snack range in 2017 and to engage consumers further, we have developed an exciting on-pack promotion with Pizza Hut Restaurants, which will run from 14 April to 23 June. Designed to stimulate interest with enhanced shelf presence, specially-designed packs will be available across the convenience sector as part of the campaign.

“As there is a prize in every pack, which is worth more than the price of the pack itself, we are anticipating an uplift across the convenience sector and strong repeat purchase.

“This promotion will be complemented by a heavyweight support campaign which includes TV advertising in Scotland from 21 April until 1 June as well as significant social media and public relations activity.  The TV element of the campaign will be seen by two out of three people in Scotland, hopefully attracting new consumers and translating into additional sales.”