BRIAN Connolly has proven he’s no slouch when it comes to forecourt retailing. After launching the UK’s first Jet and Spar dual-branded site at his Maybole forecourt in 2015, Brian quickly stepped his business up a gear again by opening another forecourt site in South Ayrshire last year.

But, despite the retailing savvy Brian displays today, owning and operating a petrol station was not initially part of the plan. A retired RAF officer, Brian previously flew giant Nimrod aircraft for a living, far from the world of convenience retailing.

“I never really had any previous desire to own a forecourt, I fell into it basically,” said Brian.

“In the military you have certain stages when you can leave so when I joined I decided I was leaving after 16 years. I said ‘that’ll de me, I’ll be 40-ish and I’ll go and do something else.’”

That something else was very nearly a McDonald’s franchise. However, after jumping through a fair few hoops for Ronald McDonald, Brian discovered that gaining his own golden arches would mean moving his family again, which is when the opportunity at his first site in Maybole came up.

Now, a decade and a half on from taking charge of that site in 2002, Connolly has made the transition to multiple site operator following the purchase of a second forecourt in nearby Dalmellington.

The new location, just a dozen miles across the Ayrshire countryside, allows Brian to be hands-on at both businesses – which is something he puts a premium on.

“That was part of the attraction, how close they were together. If you’re going to extend your estate you could get a suitable site 40 miles away, but Maybole to Dalmellington is a country road so it really is just over the hill,” he said. 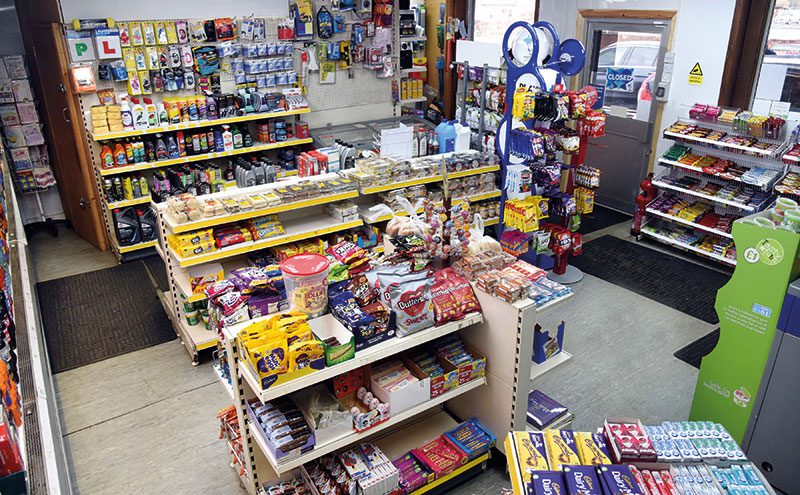 “The proximity was definitely an attraction, plus we knew it was a good business and we just felt it was probably our one and only chance to get businesses so close together.”

A good business it may have been, but that doesn’t mean there’s been a shortage of work at the new site and Brian, along with son Kevin, were not hesitant about making improvements to the site from day one.

Since taking over the forecourt last June, Brian has brought Costa coffee on site as well as installing a new jet wash, new vacuum facilities and a new laundrette.

“We’ve invested quite a bit. We tried to get a visible change of ownership,” he said.

“We’ve also rearranged some of the fuel tanks. Up the side of the site there was an above-ground diesel tank which allowed HGVs to come in and top up, that kept running out. The HGVs kept coming when there was no diesel, so we took that tank out of the system and we installed a 35,000 litre tank into the pump, relaid the pipes and stuff, and now that capacity for HGV traffic is more than satisfied and we’ve had no outages since.”

Putting in a new tank for HGVs was no small investment, but it’s all part of the plan as Brian said he has effectively written off the first year at his new site as he builds for the long-term.

“We decided that we’re going to spend what we have to spend to get it up to a more modern standard,” he said.

Part of that spend will almost certainly go on improving the site’s food-to-go offer. Food to go is already a focus within the Dalmellington forecourt store, which offers a wide range of sandwiches and wraps as well as a selection of pies and pastries from local producer J Nisbet.

There’s also a separate snack bar located on-site which falls back into the forecourt’s control later this year, when Brian would like to take the offer further.

“The food is very popular at this site so I think that’s definitely an area that can be developed. It may be we have a hot food area on the site and a sit-down area.

“I could redevelop this and give the truckers a place to sit down and have something to eat or provide something for people looking to grab and go. I think there’s definitely potential for that.”

Building on the potential present in the convenience side of the business is key according to Brian who reckons fossil fuel’s days are numbered – at least at the turnover levels of today.

“Part of the reason we did the refit at Maybole was for that very reason,” he said.

“We could see the fuel profits going down. Sales will gradually keep reducing.”

But what about the fuels of the future? Brian said that while he is certainly looking into the possibility of installing electric chargers, it’s one area where he is unlikely to be ahead of the pack.

“I certainly will not be a trend leader, I’ll be a trend follower,” he said.

“I’ll be watching what everyone else is doing and taking it from there. But then, I think you’ve got to be very careful you don’t miss any initial support from government.”

What support will come from government remains an open question, despite announcements of an end date to new petrol and diesel powered cars coming from both Westminster and Holyrood last year – and Brian is not convinced either parliament has anything close to a roadmap towards electrification.

Whatever steps and missteps governments may make in the decades to come, there’s a good chance it won’t be Brian that needs to deal with it, as a new generation is nearly ready to take on the business soon.